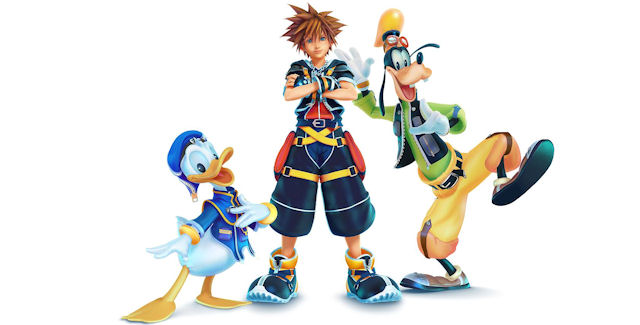 Kingdom Hearts 3 — or as Square Enix likes to shout it: “KINGDOM HEARTS III!” — features a mature Sora as the main protagonist who sets forth on an adventure with Mickey, Donald and Goofy through new and legendary Disney worlds. Kingdom Hearts 3 will make full use of next generation console technologies to showcase a stunning universe packed full of worlds based on Disney properties.

To be precise, next-gen means Kingdom Hearts 3 is in development for Xbox One and PlayStation 4.

And here’s the original Kingdom Hearts 3 teaser from four months ago:

No release period was confirmed, but at least Square Enix also announced we’re getting Kingdom Hearts HD 2.5 ReMIX in 2014. — It’s a good week for Disney fans!

Are you excited for Kingdom Hearts 3?