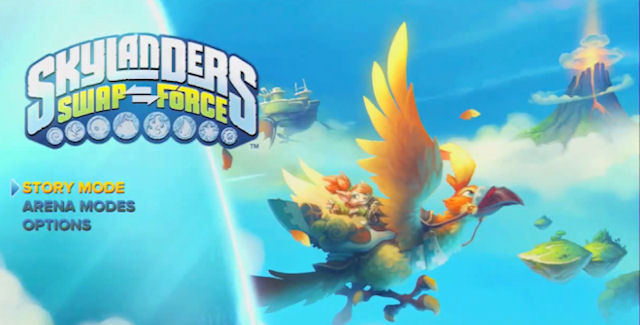 How To Unlock Nightmare Difficulty

Here is a way to get a lot of money fast in Skylanders Swap Force, and so you can Max Out your Skylanders quickly.

to get the needed “Sky Diamond” Magic Item.

STEP 1: The “Sky Diamond” Magic Item provides lots of money when used together with punching the Training Attack Dummies in Woodburrow for as long as the “Sky Diamond” powerup lasts. Use two players in order to get more money points, which will allow you to use your money to max upgrade faster!

STEP 2: Using the “Sky Diamond” over and over is not as simple putting it off and on the Portal of Power. But here’s an easy way to keep collecting the money… Go to the Pause Menu (press the + button on Wii & Wii U) and select “Portal Master”, and then select one of the 42 SWAP Zones.

STEP 3: Once you’ve selected a SWAP Zone Challenge from the “Portal Master” menu, and you’re in a SWAP Zone Challenge, then you can cancel right out of the SWAP Zone Challenge by pausing the game (press the + button on Wii & Wii U), and from the Pause Menu you see you’ll be able to select Woodburrow to go back there again. This means you can put on the “Sky Diamond” again when you arrive back at the Training Attack Dummies in Woodburrow, to punch the Dummies to get some more money.

STEP 4: Now repeat the previous 3 steps over and over to get lots of money! Then you can use that money at the Power Pod to buy upgrades for all your Skylanders. 😀

Watch this video guide with voice-over tips to see how all steps are done in-game:

Here are some cool extras that come with the Starter Packs:

Here are some gameplay tips straight from the creators of Skylanders Swap Force at Vicarious Visions! The below video shows examples of Swap Force characters, whose bottom and top halves can be mixed and matched to give you 256 different character combinations, thanks to their “dynamic swapability”!

Skylanders Swap Force will be introducing 16 new Swap Force characters and 3 new core characters, as well as supporting the other 100+ existing Skylanders from the first two games. And they all have a new jump ability as well.

In this Skylanders Swap Force developers diary they tell you all about the game:

You only need 8 Swap Force Skylanders to get every element and movement type combination. The creators have introduced two cycles of 8 and fortunately the two characters you get in the starting pack, Blast Zone and Wash Buckler are part of the same cycle. That means you only need to buy another 6 characters, which are…

A) The Dual Element Gates, as the name suggests, are magic gates that require two elements to pass through instead of one. You access them, you can either have two players (one of each required element) pass through, or you can use a single Swap Force character (top half one element and the bottom with the other element).

On Wii you can get free portal master levels. You need 2 slanders, 1 of whom will be reset (only top half if swap force) you open the start menu in Woodbridge and pick solo survival challenge. The game will ask if you want to go without 2nd player if you say yes they are removed. Simply hit back and return to game. 2nd player character will be lvl 1 and no money but you’ll get about 7 stars repeat with same character for desired portal rank. Can be used to buy all hats at Tim’s early and accessing all the legendary pedestals. They will save buff even if they later lose accessibility. Rank will stay until the game is shut off or loaded too main menu.

Do you know of any Skylanders Swap Force cheats or unlockables?
Let us know in the comments, you’ll get credit for finding out. – Thanks for visiting!