Home » Cheats » Mac Cheats » The Wolf Among Us Cheats

The Wolf Among Us Cheats 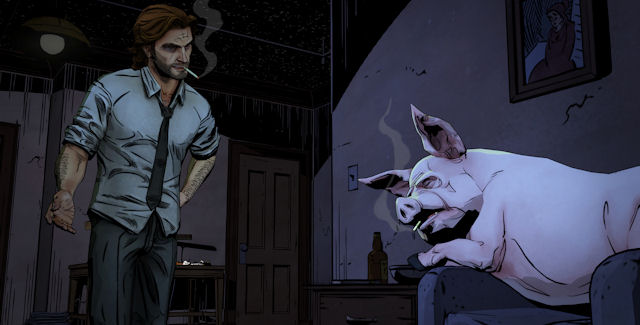 Index of The Wolf Among Us Guides:

The Wolf Among Us Cheats

The Wolf Among Us Tips

Telltale Games’ new series, The Wolf Among Us, is starting its first season from October 11th, 2013. So Rev3games’ Adam Sessler interviewed the game’s designer and co-director. Find out what the studio learned from their experience with The Walking Dead, and how they went about adapting the Fables graphic novel into a game.

The Wolf Among Us Extras

The only extra I could find was the telltalegames.com The Wolf Among Us pre-order bonus for the PC/Mac version. To quote the developer: “Full Season digital download for Mac/PC for a 10% discounted price of $22.49 (normally costs $24.99), with Episodes 1 through 5 included. As a bonus a collector’s DVD will be available at the end of the season for just the cost of shipping and handling.”

Do you know of any The Wolf Among Us cheats or unlockables?
Let us know in the comments, you’ll get credit for finding out. – Thanks for visiting!

Tags: The Wolf Among Us