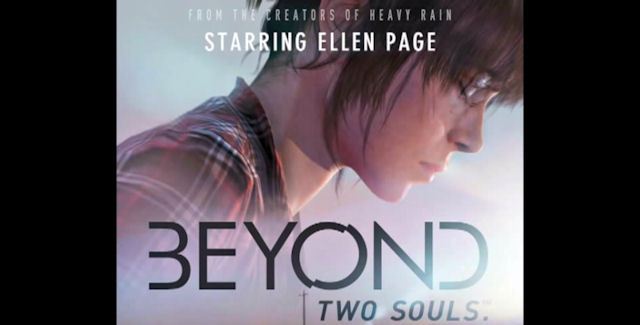 The Beyond: Two Souls soundtrack is composed by Lorne Balfe and produced by Hans Zimmer. — The soundtrack is expected to be released simultaneously with the game on October 8th, 2013. The “Beyond: Two Souls Official Soundtrack” features 16 tracks from Balfe’s original score and is expected to be available worldwide on Amazon, iTunes and other digital music services. It’s important to note that the game’s Special Edition only includes 4 of the 16 songs.

Sony Computer Entertainment America’s Derek Osgood adds: “Hans Zimmer needs no introduction, having composed some of the finest Hollywood soundtracks of all time in Gladiator, The Lion King, the Pirates of the Caribbean series and (not forgetting) The Rock. And working alongside Lorne Balfe, the two of them have been responsible for some of the most memorable soundtracks of late with Inception, Sherlock Holmes and all of the recent Dark Knight movies. Lorne himself is also no stranger to composing for video games, having scored Assassin’s Creed III, Crysis 2 and Call of Duty: Modern Warfare 2.”

Go behind the scenes with world-famous composers Hans Zimmer and Lorne Balfe as they lend their insight into what it took to breathe musical life into Beyond: Two Souls:

Beyond: Two Souls, the revolutionary game by Quantic Dream that stars actors Ellen Page and Willem Dafoe, follows the life of Jodie Holmes as she discovers what may lie after death. The game features an original score by composer, Lorne Balfe. — Here’s his official video that lets you listen to a selection of the original music from the full song list. The video starts with “Jodie’s Suite”, which is the music from the Beyond: Two Souls Official Trailer, and concludes with “Beyond”.

Lorne Balfe’s soundtrack will be available with a Special Edition of the game. — Here are the 4 full songs included with that Soundtrack OST, namely: “Beyond”, “Jodie’s Suite”, “Dawkin’s Suite”, and “The Infraworld”.

Also wanted to add a little note at the end to say “Rest In Peace” to Normand Corbeil, the writer on Heavy Rain, who originally composed the soundtrack for Beyond: Two Souls. He passed away on January 25th, 2013 from pancreatic cancer while he was still working on Beyond: Two Souls. After his passing, Lorne Balfe stepped in to replace him. Right after you finish the game you’ll see a “in memorial” message appear from the developers to remember all he’s done for Quantic Dream.

Last but certainly not least, if you’re looking for the song Jodie sings in the “Homeless” Chapter. Here’s Ellen Page singing her own version of Beck’s “Lost Cause”:

Special thanks to Sony PlayStation for letting me post these Special Edition songs.

What’s your favorite song on the Beyond: Two Souls soundtrack?