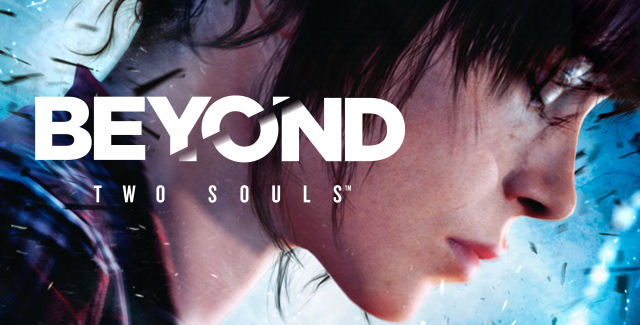 Our Beyond Two Souls walkthrough will guide you through the beginning to ending moments of gameplay with strategy tips for this interactive psychological action thriller on the PS3.

From the makers of the award-winning smash hit Heavy Rain comes a unique, interactive psychological thriller developed exclusively for PlayStation 3. BEYOND: Two Souls blurs the lines of movie-making and gaming by featuring a brand-new engine, an immersive and evocative story and the best theatrical performances in gaming to date.

Let’s start the Beyond Two Souls walkthrough with an introduction by Quantic Dream co-CEO!

Please note that viewers must be at least 16-18 to watch, in Europe & America respectively, so no harm comes to those with innocent eyes. This game includes Blood, Intense Violence, Sexual Content, Strong Language, Use of Drugs and Alcohol.

Index of Beyond Two Souls Guides:

Harness Your Physic Connection to a World Beyond

From the makers of the award-winning Heavy Rain comes a unique, psychological action thriller. Featuring a brand-new game engine, a compelling, original story, and a topnotch Hollywood cast, including Ellen Page (“Juno,” “Whip It,” “Inception”), Beyond: Two Souls promises to be one of the most immersive experiences on the PlayStation 3 system.

Live the life of Jodie Holmes, a young woman who possesses extraordinary powers through a psychic link to an invisible entity. Experience the most striking moments of Jodie’s life as your actions and decisions determine her fate. As she traverses the globe, Jodie will face incredible challenges against a backdrop of emotionally-charged events never before seen in a video game.

Beyond: Two Souls is created by French game developers, Quantic Dream. Along with their 2010 break out hit, Heavy Rain and other titles, Quantic Dream is also well-known as a provider of motion capture (Mo-Cap) services to the film and video game industries. In Beyond: Two Souls Quantic Dream combines their advanced motion capture techniques, with topnotch Hollywood quality acting talent, transforming motion capture — long used in video games — into something quite different – performance capture. The result is a superior storytelling and one of the best looking games yet developed for PS3. Couple this with clever gameplay in which players control both Jodie Holms and the entity that is her constant companion across several years of her life, and you have an innovative video games experience not to be missed.

A Stellar Cast for a Genre Defining Game:

BEYOND: Two Souls will feature Oscar nominee Ellen Page in the lead role of Jodie Holmes, a young woman who possesses supernatural powers through her link to an invisible entity. Ellen is supported by Willem Dafoe who plays Nathan Dawkins, an enigmatic scientist working for a government division studying paranormal activities. Dawkins’ professional curiosity in Jodie, driven by personal tragedy, is a central theme in BEYOND: Two Souls, and provides a rich and evocative narrative that only Dafoe’s subtleties of performance could fully realize.

In BEYOND: Two Souls, gamers will play through fifteen years of Jodie’s story, experiencing the most striking moments of her life. As she traverses the globe, Jodie will face incredible challenges set against a backdrop of emotionally charged events, the likes of which have never before been seen in a video game.

Like its predecessor Heavy Rain, BEYOND: Two Souls will allow players to shape the course of the story through their decisions and actions taken in the game.

Welcome to the Beyond Two Souls walkthrough! XCV will be your guide showing you around the game’s scenes.

The game features an in-game timeline set across several years of the player character’s life and experiences — from child to teenager to adult, between the ages of 8 through 23 — that lead up to several possible endings and outcomes.

Trophies Unlocked in this Chapter:
* Somebody Else? (Bronze) – Played as Aiden for the first time.
* Obedience (Bronze) – Stopped the experiment voluntarily.

Trophies Unlocked in this Chapter:
* Revenge (Bronze) – Taught 3 or more of the teens a lesson, or started the house fire, with Aiden.
* Cold Blood (Bronze) – Did not impress or scare the teens with Aiden.