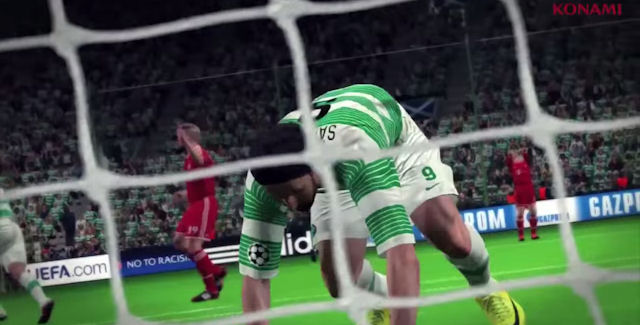 Introduction: Check out the official Konami interview with Marketing Leader Yoshikatsu Ogihara from PES Productions and learn more about the all new features in PES 2014, with gameplay tricks and tips from the creators.

Tips & Tricks Part 1: Watch another exclusive interview. This time with Producer of PES 2014, Kei Masuda, to learn more about the new graphics engine, the seamless gameplay and the return of League Mode!
In the first part subtitles can be activated by selecting the sixth icon from the right in the right bottom of the video, the other parts already have them active.

Tips & Tricks Part 3: Kei Masuda, Producer of PES 2014, talks about the new feature “Heart” and explains why crowds and stadiums will play an important role in the game.

Tips & Tricks Part 4: Check out the last part of the interview with PES Producer Kei Masuda and learn more about Online Play and changes coming to Master League and Become a Legend.

Do you know of any PES 2014 cheats or unlockables?
Let us know in the comments, you’ll get credit for finding out. – Thanks for visiting!