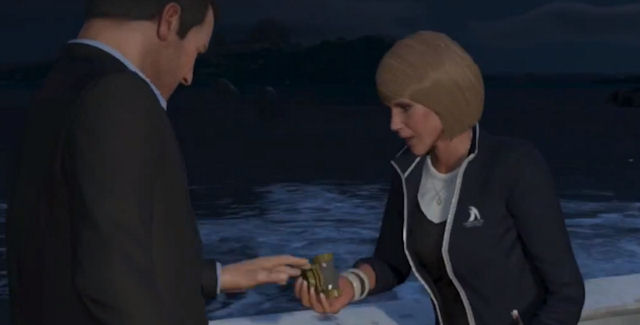 Finding all 30 Submarine Part locations and picking them up will help complete the “What Lies Beneath” Mission.

The overview for all these in-game Submarine Parts locations is shown below.

Where to start collecting Submarine Parts?: You first have to start the “What Lies Beneath” Strangers & Freaks Mission.

How to find missing Submarine Parts?: In-game the Submarine Parts will appear simply as white glowing metal pieces of the submarine that get picked up to collect when you swim over it. It can be confirmed as being Submarine Parts simply by it disappearing as you pass over it, since the on-screen text will then tell you that you have “Piece Collected – ??/30 submarine pieces collected.”

So each time you pick up another Submarine Part, the game will tell you with an on-screen message how many collectibles out of the total you have found so far.

The Submarine Parts are listed in the video in the order that they appear, including showing the map location.

• Submarine Part Location #1-29 are all over the coast next to underwater wreckages.

• Submarine Part Location #30 & How To Complete The Mission.

There you go! All Submarine Parts in Grand Theft Auto 5 will soon be yours! 🙂

After you’ve collected all 30 Submarine Parts, you can go back to the wooden dock to find Frank’s wife (just follow the A icon on the map). This begins the last part of this quest, the “What Lies Beneath” Mission is completed when you kill her for only giving you a $10 reward, uhm I mean, killer her for obviously having killed her husband Frank.

Huge thanks to VGFAQ for the guide videos and tips.

Please comment if you have any additional Grand Theft Auto 5 Submarine Parts location tips of your own, we’ll give you credit for it. – Thanks for visiting!