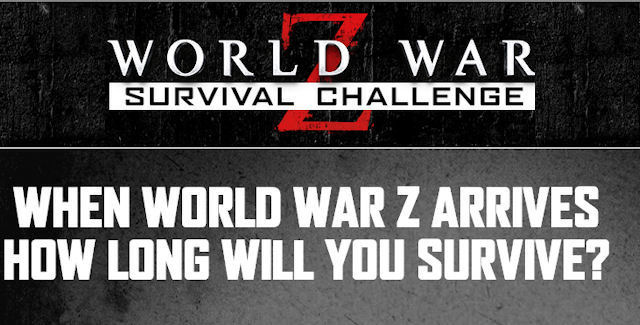 To join in on the DVD / Blu-ray launch celebration, visit the official contest page on WorldWarZmovie.com.

• When World War Z arrives, how long will you survive?

o Test your survival instincts with a dynamic visual quiz
o Get your percentile rank compared to your Facebook friends and other worldwide users
o Optimized to be accessible from all platforms (PC, Mobile, Tablet)
o Sharable social cards with personalized survival estimates

About the Survival Contest: