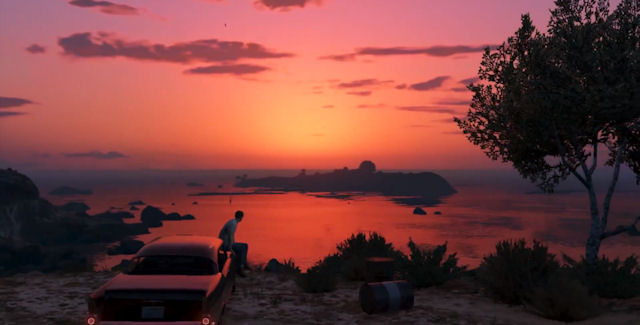 Here are all three endings to Grand Theft Auto 5 after playing through the open world action-adventure’s single-player story campaign.

The ending you get depends on the following…

• Ending A: “Something Sensible” starts at 0:00 minutes in the first video guide. In this ending, Franklin agrees to the FIB agent’s request for him to eliminate Trevor.

• Ending B: “The Time’s Come” starts at 3:30 minutes in the first video guide. In this ending, Franklin agrees to Devin’s request to eliminate Michael.

• Ending C: “The Third Way” starts at 0:00 minutes in the second video guide. In this ending, Franklin puts himself, Michael and Trevor through an expected suicide gauntlet; fighting off both the FIB’s strike teams and Devin’s Merryweather troops.

To get the Gold medal on “The Third Way” for the best ending, you must complete the following challenges:

– Time: Complete within 21:30
– Headshots: Kill 20 enemies with a headshot
– Accuracy: Finish with a shooting accuracy of at least 70%
– Stick, Tick… Boom!: Kill Cheng with a Sticky Bomb
– Lead Lobotomy: Kill Steve Haines with a headshot
– Stretched Out: Kill Stretch with a melee attack

You can see how that’s done in “The Third Way” ending mission Gold walkthrough:

PS: Finishing any ending mission will unlock the “To Live or Die in Los Santos” Achievement / Trophy.

What do you think of the Grand Theft Auto 5 endings?