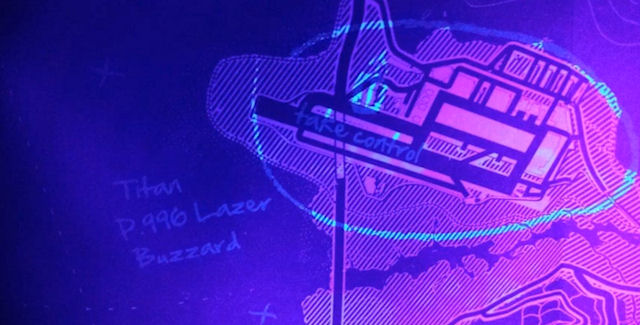 Let’s take a look at some funny Grand Theft Auto 5 easter eggs! This and lots more fun stuff can be found if you know where to look! 🙂

Easter eggs have been confirmed for Grand Theft Auto 5. Watch footage of them all below.

There is a hidden secret message and secret locations (X marks the spot) on the Blueprint Map from the Collectors and Special Edition of Grand Theft Auto 5. To see them, use the black light pen and shine it on the front and back of the map that comes with it.

Travel to the highest spot on the map, the mountain with the cable cars, to find out about the Illuminati secret.

Bigfoot, also called Sasquatch or Yeti, is a mythical ape-like upright-walking creature that’s believed to inhabit the forests Los Santos since he is in the city crest.

The Bigfoot can be found in the “Predator” Mission! Replay that mission and play as Michael to be able to use a thermal vision sniper to spot Bigfoot from the helicopter if you slowly move your field of vision to the bottom-right corner. Zoom in, but don’t move your aim over Bigfoot’s location or (s)he’ll disappear. Take a look at this video proof:

Please comment if you know where to find Bigfoot while free-roaming.

Load up the “Father / Son” mission. At the end of the mission when you have to return Michael’s car to his house, drive his car into his drive way and park it. When you walk out the gates and the mission complete sign shows turn back around and jump Michael’s fence. Now boost Michael’s car and attempt to leave the house. This will trigger Michael sending you a threatening text message on your cell phone.

Packie from Liberty City is back in Grand Theft Auto 5!

Here’s how to let the Irish Patrick McReary join your “crew”. At night, drive with a 4-person car you go to the corner of Franklin’s hideout, at Strawberry Avenue, in front of the Dollar Pills store. This will trigger this easter egg scenario where you can help him out.

Located in the Vinewood Hills there’s a juice stand with a big orange ball on top of it. Shoot or touch the ball to see it rolling and bouncing down the hill.

Learn how to find the Ghost of a murder victim in GTA 5! Go to Mount Gordo and on rocky cliff that overlooks the lighthouse. Only between 11PM and midnight will there be the ghost of Jolene Cranley-Evans hovering above the name of her killer (her husband Jock) written in her blood. This video explains the story behind her murder.

Did you know you could ride the roller coaster on the beach? Paying the $15 ticket to ride the “Leviathan” will trigger dialogue and screams.

The rest are mostly fun references we wanted to point out. 🙂

There’s a Jaws movie reference in Grand Theft Auto 5. Which is made clear after taking the following steps that result in unlocking the “Out Of Your Depth” achievement / trophy.

Sharks spawn randomly in deep water. Go out on the ocean (preferably with a boat or Jet Ski) and watch your mini-map until it turns all dark blue. Keep navigating the boat or swim around. After a while you should see a red dot on your radar. That’s the shark! Jump into the water and wait until it kills you. That may take some while, the shark doesn’t spot you right away. It doesn’t matter whether you stay still, swim around or dive. Once the shark kills you, the trophy / achievement will unlock.
Sometimes the shark does even attack and destroy the boat which will also give you the trophy / achievement!

It’s safe to say a lot of Grand Theft Auto 5 is a satire of American culture. These TV commercials that appear on in-game TV sets are a hilarious example, as they mock ads, reality TV, etc. 😆

This video shows you where to find a frozen creature from beyond our solar system in Grand Theft Auto V. It’s located in the frozen river under the train bridge, which you can get to during “Mission 1: Prologue”.

The next part of this easter egg is at the north of the map, in the depths of the Pacific Ocean, where you can find a crashed Alien Spaceship! In order to see it, you need a submarine. One of the many way to obtain it is to buy the Sonar Collections Dock in Paleto Cove.

Brucie Kibbutz from GTA 4 returns in GTA 5! Find out how to see what he looks like by using random in-game browser searches to see him promote his favorite product.

Here’s where to find Superman, Master Chief & Han Solo look-alike action figures in the back of Lester’s house.

Here’s where in-game to find the Groove Street “Welcome Back: We Missed You Last Time” graffiti wall from the official trailer.

[Work-In-Progress: Expect many more easter eggs & references to be found.]

Have you found any Grand Theft Auto 5 easter eggs?