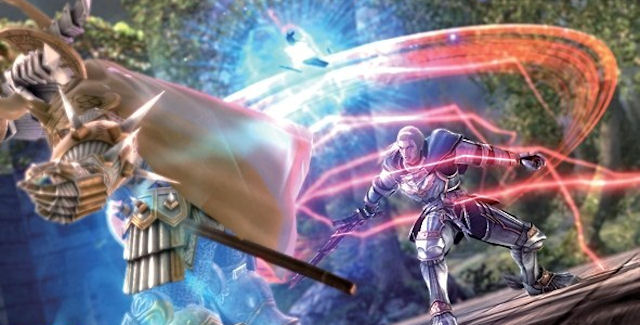 Namco Bandai Games announced today that Soul Calibur: Lost Swords will be coming to North America and Europe exclusively on the PlayStation Network for PlayStation 3.

The next chapter in the hit Soul Calibur franchise will be a Free-to-Play single-player experience and will feature numerous famous fighters including Siegfried and Mitsurugi.

The premise: “The spirit sword Soul Calibur and the cursed sword Soul Edge have disappeared. But… why? — Ready to fight? Ready to suffer? Are you really ready?”

Maybe this is an action-adventure game like 2007’s Soul Calibur Legends on Wii? More information on this brand new is being promised to be revealed during the Tokyo Game Show in Japan this week. So far we’ve only gotten one screenshot that’s being shown at the top of this page. I’ll update this page if they release a trailer, so far all there is is an audio-only trailer.

What are your thoughts on Soul Calibur: Lost Swords?