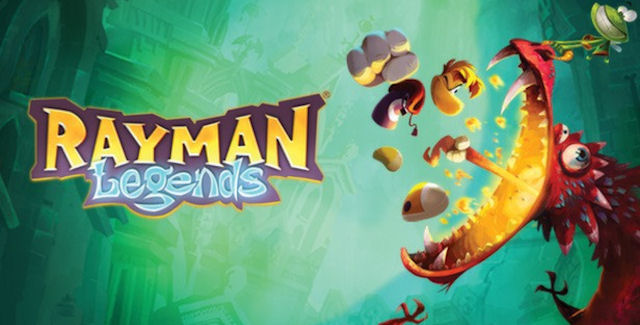 Our Rayman Legends walkthrough will guide you through the beginning to ending moments of gameplay with strategy tips for this platformer on the Wii U, Xbox 360, PS3, PS Vita & PC.

The Glade of Dreams is in trouble once again! During a 100-year nap, the nightmares multiplied and spread, creating new monsters even more terrifying than before! These creatures are the stuff of legend… Dragons, giant toads, sea monsters, and other evil villains. With the help of Murfy, Rayman and Globox awake and must now help fight these nightmares and save the Teensies!

Let’s start the Rayman Legends walkthrough with an introduction video from the game’s designer!

Please note that viewers must be at least 7-10 to watch (in Europe & America respectively), so no harm comes to those with innocent eyes. This game includes Cartoon Violence, Comic Mischief.

Michel Ancel, the celebrated creator of Rayman, Beyond Good & Evil, and the Raving Rabbids, returns to unleash his innovative creativity on this new entry into the Rayman franchise.

When Rayman, Globox, and the Teensies discover a mysterious tent filled with captivating paintings, they are suddenly transported to a series of mythical new worlds!

Join them as they run, jump, and slap their way through each world to get home, save the day, and discover the secrets of the legendary paintings!

Rayman Legends also offers a wide range of exciting gameplay, from rhythm-based platforming where you’ll jump, kick and slide in time with the beat to gigantic boss battles that see dragons and other epic creatures attacking from all sides. Players will also be able to attempt challenges that test their skill and speed, with online leaderboards allowing them to see how they rank against other players from all around the world.
With its addictive and accessible gameplay, beautiful graphics and hilarious slapstick comedy, Rayman Legends is another return to form for Ubisoft’s cartoon hero.

Level 1: Once Upon A Time

Welcome to the Rayman Legends walkthrough! Rocky will be your voice-over commentator showing you around the game’s levels.

Covered in this 100% walkthrough are how to get all 10 Teensies in a level, and how to collect enough Lums to get a Gold Medal per level!

Tip: A purple lum is worth twice as much as a yellow lum. If you’re on the Wii U, the Wii U GamePad player can touch the lums before another player picks them up to change a yellow into a purple lum.

After completing this level, the Barbarian princess, Barbara gets unlocked as a playable character!