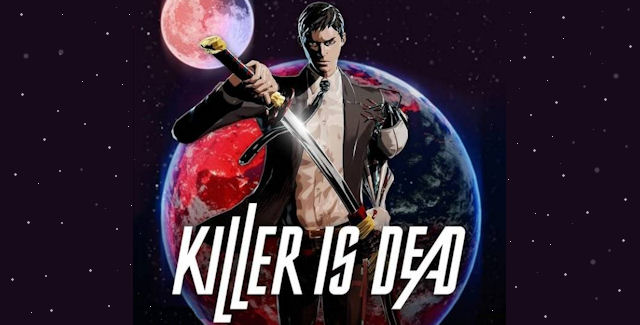 Our Killer is Dead walkthrough will guide you through the beginning to ending moments of gameplay with strategy tips for this action hack ‘n slash game on the Xbox 360 & PS3.

Killer Is Dead is set in a not-so-distant future similar to (but not the same as) the world we know now. The player takes control of an executioner named Mondo Zappa who wields a Japanese sword in his right hand and brandishes interchangeable weapons in his left artificial arm. His ultimate goal is to execute various heinous criminals scattered around the world and beyond.

Let’s start the Killer is Dead walkthrough with an introduction trailer!

Please note that viewers must be at least 18 to watch, so no harm comes to those with innocent eyes. This game includes Blood and Gore, Intense Violence, Sexual Themes.

Index of Killer is Dead Guides:

Completely unique visuals and outstanding stylish action come together to deliver an unprecedented gaming experience in Killer is Dead. This brand-new action title is being jointly developed by Kadokawa Games and Grasshopper Manufacture, with SUDA51 lending his trademark sense of style at the helm.

Vivienne Squall Cosplayer Jessica Nigri tries out Killer Is Dead’s Gigolo Mode.
Killer Is Dead has Gigolo Missions where Mondo can woo the game’s female cast of characters. One of these ladies, called “Mondo Girls” in the game, is Natalia, and you can take a look at the Gigolo Mission with her. Giving girls presents — such as string bikinis, which she calls “banana hammocks”, and also tries on the Gigolo glasses.

Episode 1: The Man who Chose the Moon

Welcome to the Killer is Dead walkthrough! It is played on Hard difficulty mode, with all skills, sub-weapons & costumes unlocked.

Episode 3: A Woman of Pain

Episode 4: The Man who Stole the Moon

Episode 5: She who Eats Dreams

Killer is Dead Walkthrough continues on Page 2 with Episode 6: The Man who Stole her Ears.