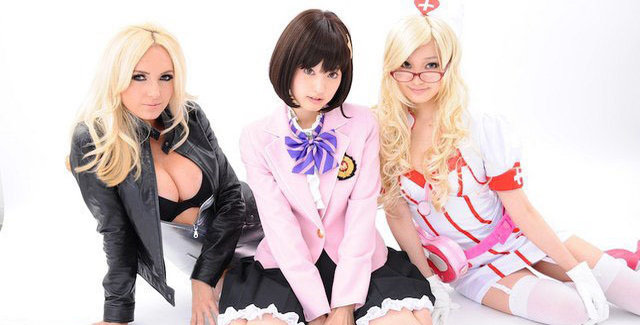 Here is a group cosplay of Vivienne, Mika, and Scarlett from Killer is Dead.

Killer Is Dead is the latest action hack ‘n slash title from the demented mind of celebrated game creator, SUDA51, serving as a spiritual successor to his previous cult favorites, No More Heroes and Killer 7. Stylish cel-shaded visuals set the mood in this gritty, bloody, ultra-violent world where biomechanical augmentations increase the power of good & evil.

Here is the Vivienne, Mika, and Scarlett cosplay image gallery. Click on the image thumbnails to see the full-size cosplay photos: 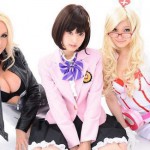 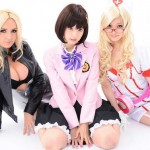 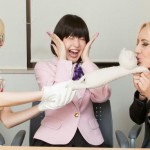 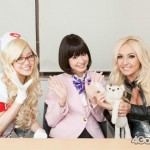 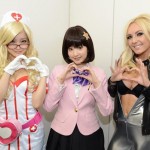 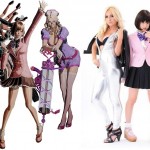 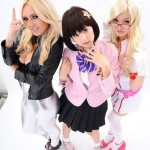 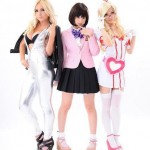 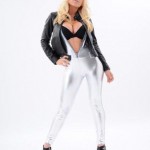 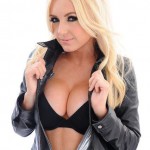 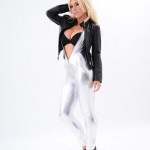 Vivienne, Mika, and Scarlett’s character bios read: Vivienne Squall is a 25-year-old English woman who is a higher-up in the Execution Office, where the main protagonist works. Scarlett is a young American woman in her early twenties who works as a nurse. Mika Takekawa is a 20-year-old Japanese woman who is the protagonist’s personal assistant.

About the cosplayer: Jessica Nigri is well known in the cosplay scene for her over-the-top glamorous portrayal of video game characters. At the time of this cosplay photoshoot Jessica was visiting Japan and teamed up with two other cosplayers for this official promotional photoshoot. Please let me know in the comments below if you recognize the other two cosplayers to give them their due credit. Costumes were professionally commissioned by Kadokawa.

Watch a behind the scenes video of this cosplay:

What do you think of this Vivienne, Mika, and Scarlett cosplay?