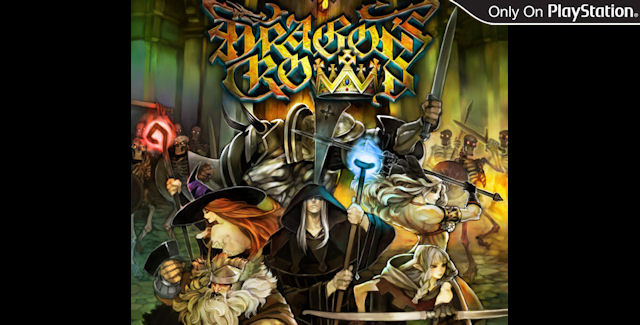 Our Dragon’s Crown walkthrough will guide you through the beginning to ending moments of gameplay with strategy tips for this action-RPG beat ’em up on the PS3 & PS Vita.

Dragon’s Crown is a multiplayer hack and slash beat ‘em up game with breathtaking visual style, a design built around cooperative play and epic boss fights, and the ability to discover a new adventure in every play session. With Dragon’s Crown, developer Vanillaware deftly marries stunning hand-drawn and animated art work with deep, action-packed hardcore gameplay.

Let’s start the Dragon’s Crown walkthrough with an introduction video!

Please note that viewers must be at least 13 to watch, so no harm comes to those with innocent eyes. This game includes Blood and Gore, Partial Nudity, Suggestive Themes, Use of Alcohol and Tobacco, Violence.

Brandish your blade, dust off your grimoire, and rally your online adventuring party. Dragon’s Crown thrusts you into a fantastical medieval world packed with labyrinthine dungeons to explore, vile monstrosities to smite, and nearly endless online adventure. Your mission is to dive into the dank underworld, uncovering treasure and strengthening your mettle as you unlock the secret behind the ancient dragon threatening the world.

Dragon’s Crown allows up to four players to team up online to clear out monster-ridden dungeons, discover precious treasure, and destroy awe-inspiring bosses. Its unique, highly replayable design means that every time players can boot up and log on, they can expect a different experience and hours upon hours of satisfying adventuring. From art director George Kamitani and Vanillaware, the mind and design team behind Odin Sphere and Muramasa: The Demon Blade; Unparalleled in their unique style, developer Vanillaware painstakingly hand-paints every detail, be it a blade of grass or the scales on the game’s impressive dragons. The game becomes a lush, vibrant storybook come to life when everything starts to animate in gorgeous full HD.

Safe on the surface of the earth, humans believe that they dwell alone. Dragons, monsters and magic are simply fantasies to mankind — but what undiscovered secrets may lie right below our feet? Deep underground, a sprawling labyrinth holds treasure — and danger — beyond your wildest belief. Now, the portals to the subterranean world of magic have opened to you, inviting you on a perilous and glorious mission to uncover the dark secrets guarded by a deadly dragon. Descend into the labyrinth and arm yourself for massive-scale battles and magical encounters in the Dragon’s dungeons.

The mysterious Dragon’s Crown holds infinite power that’s coveted by many. As a fierce warrior, you must journey through the winding pathways of the underground world to ensure that this power doesn’t fall into the wrong hands. Embark on quests that take you across varying dungeon worlds, where you’ll battle tremendous dragons and other powerful bosses in exhilarating combat. Hunt for hidden treasure, items and weapons that will propel you on your quest. Decide to team up with a legion of friends or take the road alone — whatever you choose, prepare for nonstop action and intense, role-playing immersion on your hunt for the Dragon’s Crown.

Welcome to the Dragon’s Crown walkthrough!

We begin with a gameplay tutorial and then start our adventure in the first chapter titled “Ancient Temple Ruins” and show you how to beat the Harpy.

Explore the Old Capital and show you how to defeat the Wyvern.

Let’s go through the Wallace Underground Labyrinth and show you how to beat the Doom Beetle.

Next, you must go through the Bilabaron Subterranean Fortress and we show you how to take out the Minotaur.

This is a guide through the Castle of the Dead: Catacombs and the Vampire fight that follows at the end of it as you rescue the kidnapped village girls.