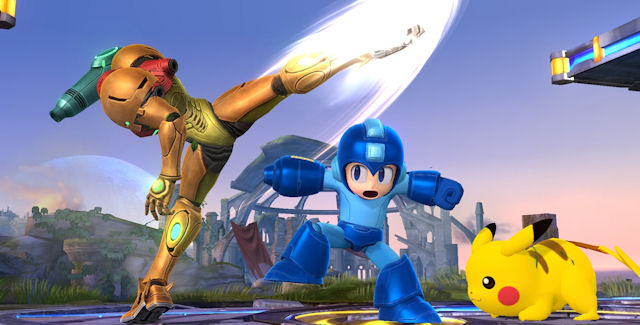 Nintendo has given us a vague Super Smash Bros Wii U and 3DS release date of “2014” for the worldwide launch on the Wii U console and 3DS handheld.

While the Sora Ltd. & Namco Bandai Games developed Nintendo fighting game has yet to be given an exact date, prior SSB games where set for the “Holiday Period” prior to Christmas 2014. Nintendo will certainly set this target to increase Wii U console sales in the wake of this blockbuster series’ popularity.

That said, one of the two game directors (Sakurai) is known to take his time to fully complete each game in this series. So development might be granted a delay into the first half of 2015 to perfect character balance. But let’s hope that doesn’t happen thanks to veteran fighting game developers at Namco Bandai (from the Tekken & SoulCalibur series) boosting the team’s size and talent pool.

The best date guesstimates are: Since most Super Smash Bros. games have been released between mid-November and the first week of December; This could mean the Super Smash Bros Wii U and 3DS launches can either happen on November 19th, 2014 or on December 3rd, 2014.

Here’s the Super Smash Bros Wii U and 3DS preview video for you to watch. It’s presented by series creator Masahiro Sakurai. It’ll make the wait for the game to come out 8 minutes shorter! 😉

Will you be getting Super Smash Bros Wii U, 3DS or both upon their release date?