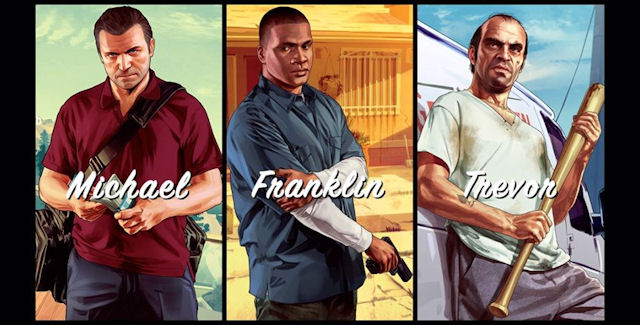 Rockstar Games have released the very first Grand Theft Auto 5 gameplay trailer! Up until now all we had seen was cutscenes of the three main characters, but now you get to see how playing as them in the giant world of GTA 5 is like.

Rockstar Games has this to say about the gameplay trailer: “Just to clarify for those asking, this particular video was captured with footage from the PS3 version of the game.”

Don’t blink or you might miss something really awesome! Nevermind, here’s a complete Grand Theft Auto 5 trailer analysis instead. 🙂

This in-depth breakdown of the new GTA 5 gameplay trailer talks about the story, locations, character details, and gameplay speculation. Secrets and hidden details get analyzed, explained and revealed.

Grand Theft Auto V is coming out worldwide on September 17, 2013, for the PlayStation 3 and Xbox 360 consoles only.