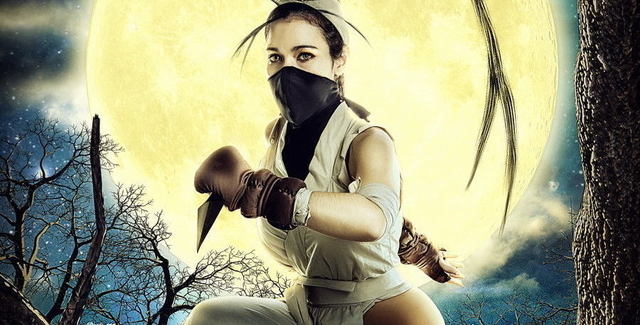 Here are some amazing photos of an Ibuki cosplay! The female ninja from Street Fighter is cosplayed by Carolina Angulo.

Ibuki’s pet tanuki, Don, also makes an appearance in one of the photos. Ibuki first appeared in Street Fighter III, and has since become a regular on the roster. 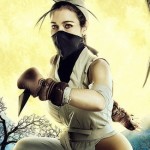 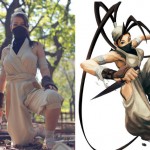 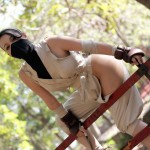 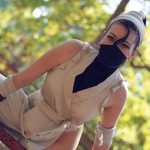 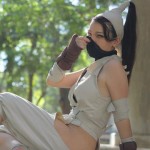 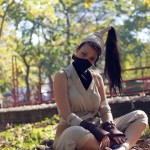 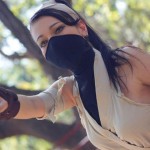 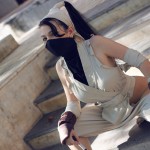 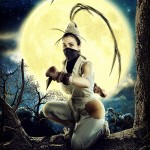 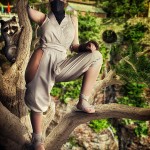 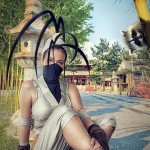 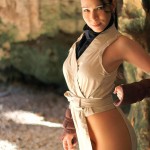 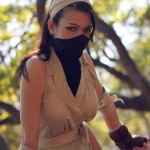 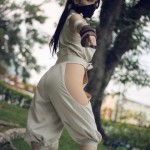 Ibuki’s character bio reads: Ibuki lives in a village entirely composed of ninjas, where she has been training since childhood. After doing the same routine everyday and attending a school for ninjas, she wishes to live like a normal schoolgirl.

About the cosplayer: Carolina Angulo is a professional Belly Dancer from the Dominican Republic. Aside from cosplay, her other hobby is gaming. She has placed first in two cosplay contests for her Chun-li and Bayonetta cosplays.

One of the common questions that Carolina gets about her Ibuki costume is pretty embarrasing: is she wearing any underpants? The answer is yes, and apparently Ibuki gets this question too! Carolina gets an “A” for authenticity!

Watch a video of one of the photo-manipulations:

What do you think of this Ibuki cosplay?