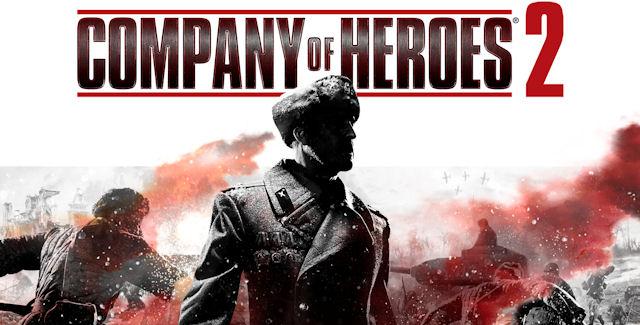 Our Company of Heroes 2 walkthrough will guide you through the beginning to ending moments of gameplay with strategy tips for this RTS on the PC.

In the world’s darkest hour you are a commander of the Soviet Red Army, entrenched in brutal frontline warfare to free Mother Russia from the Enemy invaders.

Let’s start the Company of Heroes 2 walkthrough with an introduction video to prepare you for war!

Please note that viewers must be at least 18 to watch, so no harm comes to those with innocent eyes. This game includes Strong Language, Blood and Gore, Violence.

Index of Company of Heroes 2 Guides:

It is 1941 and the beginning of what will become the bloodiest conflict of World War II resulting in more than 14 million military casualties.

Witness the struggles of the Red Army from near defeat through their incredible triumph over Germany in the most challenging and costly theater of the war, the Eastern Front.

Your military tactics hold the power to tip the very balance of this conflict. Engage in tactical combat that will define you as a military leader and wield the might of the Soviet Empire as you smash your way to Berlin.

The Motherland is Calling!

The Singleplayer experience of Company of Heroes 2 is greater than ever! With an intense campaign spanning multiple years of combat on the Eastern front and the new Theater of War game mode, you can experience the intensity of command unlike ever before.

Welcome to the Company of Heroes 2 walkthrough! Doug will be your voice-over commentator showing you around the game’s battles.

Germany and USSR signed a pact of non-aggression before the invasion of Poland in 1939, but their alliance would be short-lived. In the summer of 1941, Hitler launched Operation Barbarossa, ordering four million German soldiers to invade the Soviet Union across a front spanning three thousand kilometers. During the first months of Barbarossa, Stalin and his generals struggled to mount a defense, but soon the Germans had pushed too far into a vast nation protected by a massive army and a hostile winter. By the fall of 1942, the German army had reached Stalingrad (now Volgograd), but the city was far from defenseless. Lev Isakovich met thousands of conscripts on the shores of the Volga River, where he ushered them into the besieged city.

“The Red Army and Navy and the whole Soviet people must fight for every inch of Soviet soil, fiht to the last drop of blood for our towns and villages. Onward, to victory!” -Joseph Stalin

Tip: Units in cover survive longer than those in the open. Look for Yellow and Green Shield Icons on your cursor.

Nearly a year before the Wehrmacht reached Stalingrad, the Red Army struggled to answer the threat of Operation Barbarossa. Towns and villages throughout the western USSR were evacuated as military forces dug in and prepared for the German assault. However, the power of the Blitzkrieg overwhelmed many Soviet armies, as trained and disciplined Grenadier divisions swept across the battlefield with brutal efficiency. Stalin was desperate to prevent an attack on Moscow and would send thousands of soldiers to die in their attempts to slow the German advance. On the outskirts of the capital, Isakovich met Colonel Churkin for the first time.

“In the Soviet Army, it takes more courage to retreat than advance.” -Joseph Stalin

Tip: Use the Mobilize ability. Conscripts are readily available to capture territory and abandoned weapons / vehicles.

Mission 3: Support Is On The Way

More videos coming once they are available.

Thanks to Doug & Tony for the walkthrough videos.