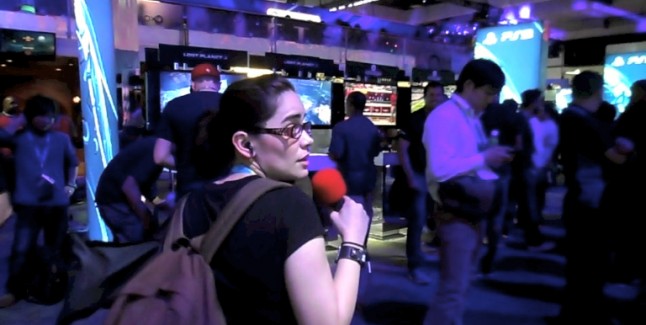 Sony hit E3 with a bang this year! With their PS4 reveal a few months ago, they saved the big guns for E3. They revealed the console, more games, and pretty much let everyone know that they were keeping the gamer in mind when designing this console. Of course we won’t know for sure until the console is out this holiday season BUT, it was still exciting news…especially with the $399 price tag 😀 To be fair to Microsoft though, I believe the $100 difference between both consoles really has to do with the fact that The Xbox One comes with the Kinect, while the PS4 does not come with the Eye. Justified $100 difference? I don’t know BUT, one thing I do know is that the PS4 is going to be a very powerful console and for $399 (Not too much more than a PS3), let’s just say: THANKS SONY!

I would have wanted to film more of the Sony Booth but out of all the booths, I think this booth was the hardest to get any exclusives. But with all the attention Sony was getting after the E3 Press Conference, it really didn’t surprise me. So, my footage is pretty limited and I just realized my brother didn’t record the PS4 🙁 I apologize, but, it was hectic. Fun…but hectic.

But hey! Here are some pictures and specs of the PS4 anyways! 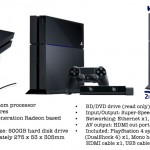 So, please enjoy the footage that I did get, even if it’s just to get a good feel of what it was like there 🙂