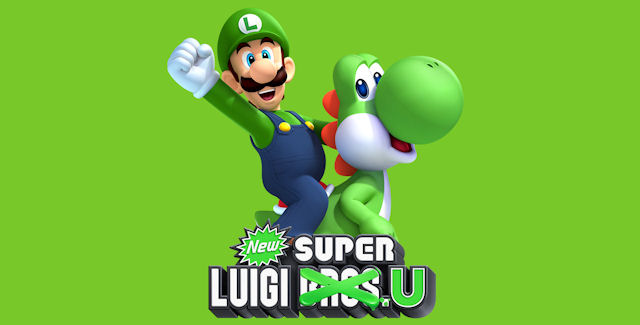 Looking for New Super Luigi U cheats and tips for Nintendo’s new platformer Wii U DLC made for New Super Mario Bros. U? Here are some unlockables like fun cheats & codes. This guide includes tips and hints, how to earn infinite lives / unlimited extra 1UP’s, and more cheat codes to secrets.

Learn everything that’s new content-wise and different gameplay-wise in New Super Luigi U, with tips from Nintendo for the DLC and standalone expansion* for New Super Mario Bros. U on Wii U.

Beginners tip: Player 2, 3, 4 or 5 can play as Nabbit who cannot be harmed by enemy attacks, ensuring that player can much more easily reach the end of the level. It’s the ultimate lazy-man/woman’s choice for beating the game on easy. The downside obviously being that you’ll literally feel like a cheat for cheating this way, haha! But I guess since the game allows it, it’s not really a cheat. Or is it? You decide! 🙂

How To Unlock Mario Physics

Note: This does not unlock Mario as a character in New Super Luigi U.

Method #1: You can do the 1UP trick to get unlimited lives by finding a Koopa Troopa coming down a set of stairs. It’s the same trick that’s been in every Mario Bros. game since the original NES one. Technically it can be done in any level where you see a Koopa Troopa or any enemy with a shell on its back walking down the stairs.

Position Luigi (or any player character) on one of the steps of the stairs that the Koopa Troopa is walking down on. You have to jump on top of the Koopa Troopa coming down the stairs at exactly the moment when he’s near the end of the step you were standing on (while not pressing the jump button when you hit it), so that the Koopa Troopa’s shell will continously ricocheted off that stair step’s wall and under Mario’s feet. Luigi then automatically continues to jump on the Koopa shell, and the Koopa shell in turn will bounce off the wall, making it so that Luigi (or Toad/Nabbit) keep jumping on it. Then the extras lives will pile up to infinite!

Method #2: Additionally, the flying squirrel suit can easily give you unlimited lives if you keep floating in the air when jumping on enemies in areas where there are at least 5 Koopa Troopa’s walking around, which if you don’t kill them keep coming out of their shell, allowing you to keep jumping on them, then floating around, and jumping on them some more to get lots of 1UP’s.

Method #3: You can see how another 1UP cheat is done by throwing any Baby Yoshi in the same ‘hole’ as a Koopa shell and then keep bouncing off the two, similar to what’s shown in this NSMBU gameplay video:

Method #4: Unless you have “friends” who try to make you die on purpose (Yeah, I’m keeping my eye on YOU!), you’ll probably end up collecting so many coins that by the end of the game you’ll have lots of lives without needing any cheats. Since every 100 coins gives you an extra life.

How to use Help Blocks properly:

• A player can pick up the GamePad any time (thanks to the easy drop-in play) and help out by placing Help Blocks AKA Boost Blocks above ravines to stop people from falling to their death.
• You can distract enemies via the Touch Screen, touch an enemy and it will temporarily freeze instead of attack the other on-screen players.
• These Help Blocks can also be placed right under hanging Thwomp Blocks to stop them from falling on other players.
• Skilled players can help each other out by placing the Help Blocks diagonally from each other moving up, so that Mario can wall-jump off the sides of the tactically placed Help Blocks to quickly move upwards when there is a rush to do so.
• A simple method of using the previous tip is to place the Help Blocks far enough from each other to make long jumps possible. Teamwork will allow skilled players to long jump through entire levels that would normally be difficult to navigate!

This New Super Luigi U cheats video — at 1:26 minutes in — gives tips on how you can use the Wii U GamePad’s Help Blocks to reach hard-to-get Star Coins, power-up items, the top of the end-level flag, etc.

How To Play As Your Mii

Here’s how to play as your Mii in the New Super Luigi U’s singleplayer mode: Your Mii character becomes playable in the game’s final level: Superstar Road-9: Flying Squirrel Ovation. See get to collecting all the game’s Star Coins to unlock the 82nd and final level.

Reach The End Of A Level Easily with Nabbit

On difficult levels you can get a little help by turning into the impervious Nabbit. Nabbit cannot be hurt by enemies, so that should make finishing the level a cakewalk.

Nabbit is normally only available in co-op multiplayer, so for him to appear in singleplayer you have to hold down the ZL button on your Wii U Gamepad or Wii U Pro Controller / hold down the B button on the Wii Remote on the overworld map and then start the level you’re standing on.

Nabbit has a secret ending appearance if you complete New Super Luigi U as him! Watch for his cameo on the castle roof when Luigi meets Peach, as well as throughout the ending and you even play as him during the ending credits!

Video guides thanks to: Nintendo

Do you know of any other New Super Luigi U cheats, tips or unlockables? Let us know in the comments, you’ll get credit for finding out. – Thanks for visiting!