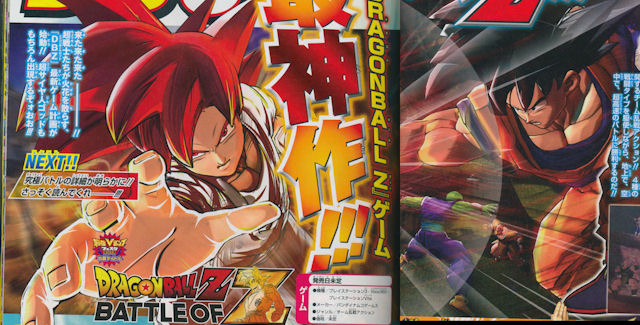 Scans of the magazine that’s all about manga and manga/anime-based video games reveal the newest DBZ console game will feature 4-player co-op and 8-player online multiplayer.

It’s pretty safe to assume that Namco Bandai Games will be releasing this game worldwide as their big Fall 2013 title. So expect an official announcement for countries outside of Japan soon.

Character confirmed for Dragon Ball Z: Battle of Z are:

See if you can spot anyone else in the scan in our gallery here:

Thanks to Fahd for the scans!

Are you excited for Dragon Ball Z: Battle of Z?