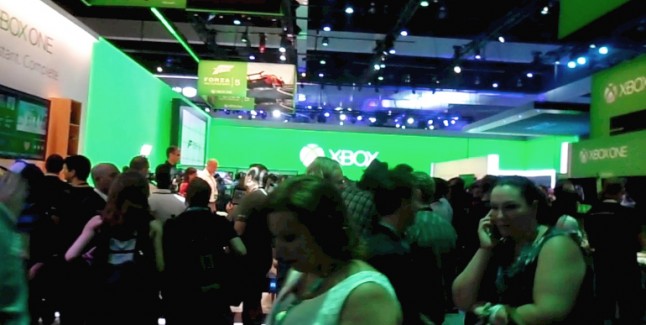 This was an exciting year at E3 not only because of all the awesome new titles that we have to look forward to but also because Sony and Microsoft have FINALLY revealed their next-gen systems. Sure, we had the Wii U last year but when it comes to Microsoft and Sony, we hadn’t seen a new console since 2005-2006.

I would have LOVED to actually get my hands on either of them at E3 but, as you could imagine, it was nearly impossible. People had secured their spots months in advance and there were waiting lists, on top of waiting lists. However, I did get a close up look at the consoles, especially the Xbox One, and I also got to play/see a few Xbox exclusives.

I have my opinions when it comes to both new consoles, but I put all of that aside in order to go in to E3 with an open mind so I could share my unbiased experience/information with you all 🙂 Look forward to some information on: Project Spark, Ryse: Son of Rome, Halo Spartan Assault, Fable Anniversary, and more!

Enjoy my impromptu tour of the Microsoft Booth at E3 2013: