The Last of Us Walkthrough 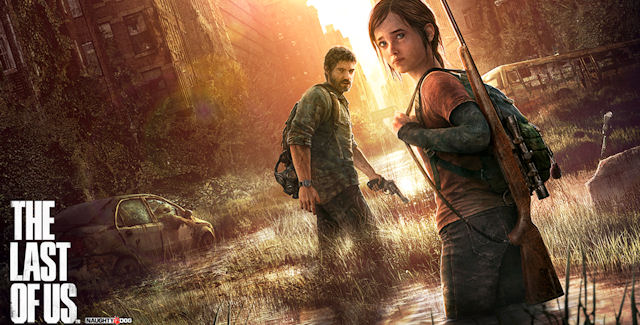 The Last of Us walkthrough will guide you through the beginning to ending moments of gameplay with strategy tips for this action-adventure survival-horror game exclusively on the PS3.

The Last of Us is a third-person Survival-Action game and PlayStation 3 exclusive featuring a unique character action driven storyline focused on the unlikely pairing of a young girl and a hardened scavenger in a post-apocalyptic gameworld. The game utilizes multiple gameplay mechanics, including “Dynamic Stealth,” allowing differing possible strategies and techniques in conflicts, resulting in different possible outcomes. Additional game features include AI that adapts to choices and situations, a variety of enemies, a live inventory system, and beautiful graphics.

Let’s start the The Last of Us walkthrough with a story introduction video!

Please note that viewers must be at least 18 to watch, so no harm comes to those with innocent eyes. This game includes Blood and Gore, Intense Violence, Sexual Themes, Strong Language.

The Last of Us Walkthrough

The Last of Us is a third-person Survival-Action game that utilizes choices in gameplay action to develop the game storyline, as well as the relationship between the two main characters, Joel and Ellie. The game features a combination of combat, exploration, stealth and platforming game mechanics. Although Joel and Ellie are both residents of a post-apocalyptic world, they have had different experiences that affect the way they see the world around them, and feel about what they see and do. Joel had a life before the pandemic, while the world of the pandemic is all that Ellie has ever known. As part of Joel’s job to smuggle Ellie out of the quarantine zone, players have to make choices in how they deal with enemies, which include, roving gangs of human scavengers not unlike themselves, military elements and infected civilians. Player also have opportunity to together interact with elements of the world around them, which helps to build the bond between Joel and Ellie.

Resources in the game are scarce, making overwhelming use of firepower unlikely and unwise in conflicts, and resource gathering missions. In addition, most other residents of the ruined world that are encountered are just trying to survive – blurring the line between good guys and bad guys. Finally, game AI react differently depending on the specifics of the player’s actions, making choice in gameplay a major consideration.

Welcome to the The Last of Us walkthrough! It’s easy to get lost in this beautiful world, so here you’ll be shown the best path through the game’s areas.

The short Prologue fills out Joel’s backstory by introducing us to his daughter Sarah. The beginning of the game is quite sad.

20 years after a pandemic has radically changed known civilization, infected humans run wild and survivors are killing each other for food, weapons – whatever they can get their hands on.

In the first Chapter we are introduced to Joel’s partner in crime Tess. They go beyond the safe city walls to smuggle cargo into the city. While in the slums they have to kill some infected zombies and end up meeting the Fireflies rebels.

Health Kit Tip: Bind up your wounds with a Health Kit. Using a Health Kit takes time. Make sure you’re in a safe place.
Equip the Health Kit with Up on the Directional Pad and then hold the R1 button to start binding.

Part 1 of “The Outskirts” takes us ‘Outside’.

Joel, a violent survivor, is hired to smuggle a 14 year-old girl, Ellie, out of an oppressive military quarantine zone, but what starts as a small job soon transforms into a brutal journey across the U.S.

After meeting with Ellie, the escort mission begins!

Part 2 of “The Outskirts” takes us ‘Downtown’.

You’ll be sneaking past some annoying guards.

Part 3 of “The Outskirts” takes us further ‘Downtown’.

Going through downtown and reaching the museum. Clickers sure make disturbing sounds.

Part 4 of “The Outskirts” takes us to the ‘Museum’.

Getting through the museum and reaching the capitol building is very scary.

Tip: You can sneak up on the infected from behind and grab them by pressing the Triangle button, and then press the Square button to take them out quietly.

The Last of Us Walkthrough continues on Page 2 with Chapter 3: Bill’s Town.