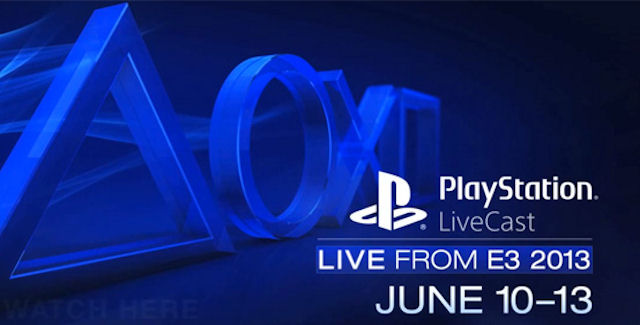 The E3 2013 Sony Press Conference broadcast aired today, has revealed brand new information about Sony’s game lineup. Sony’s E3 2013 keynote conference started on June 5th at 6:00PM PDT / 9:00PM EDT / 2:00AM GMT and lasted an hour and a half. What follows is a bulletpoints roundup.

It started with the expected games: Beyond: Two Souls, Gran Turismo 6, Infamous: Second Son, Killzone: Shadow Fall, DriveClub.
New surprise reveals this year were: Kingdom Hearts III, Final Fantasy XV, Final Fantasy XIV, The Order: 1886, The Elder Scrolls Online. Once again missing was The Last Guardian. And the PlayStation 4 console was revealed as consumer-friendly, with the launch happening in the U.S. & Europe in Holiday 2013.