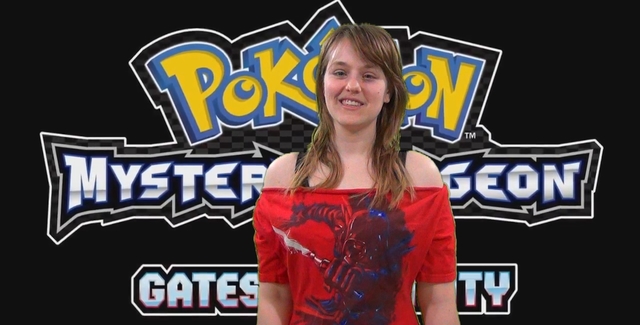 Thanks for stopping by for my review of Pokemon Mystery Dungeon: Gates to Infinity. In this video review I will discuss my impression of the story, gameplay, aesthetics, and audio of Pokemon Mystery Dungeon: Gates to Infinity. I will also reveal what I consider to be the best and worst aspects of the game. Finally, I will give my recommendation of who I think would enjoy this game.

The game starts with the player character dreaming about being chased by Hydreigon before waking up to find they have turned into a Pokemon. Out of the available 5 Pokemon I chose to play as Tepig, named Napoleon, and chose Axew as my partner. The other three options are Oshawott, Pikachu and Snivy. I woke up to a very excitable Axew who told me that I fell from the sky. I told Axew that I was a human turned into a Pokemon and was believed without question. Far too trusting, if you ask me. Somehow my Tepig ends up becoming friends with Axew, who is actually really nice and has a strong sense of justice.

Axew brought me to the first Mystery Dungeon, on the way to a real estate investment. Apparently vast wastelands are the hot properties on the Pokemon World. There Axew naively hopes to make a paradise to live in and I have nothing better to do so I agree to help. After a night sleeping on the ground we headed into Post Town to find us a contractor to build a home. At this point I am scrambling to find the settings to make the pages and pages of text go any faster than watching paint dry. The story is cute, but chock full of useless background information that could be sprinkled throughout the game. At this point, I still was assuming that all the dialog text was setting up the game.

After bumping up the text speed to “fast” and realizing I had gone from the entertainment equivalent of collecting molasses in January to driving in a no-cross lane behind a moped. I felt like my face was going to melt from the boredom. But I persisted, in the vain hope that eventually the game would actually just let me play instead of hearing the entire life story of every Pokemon I met, and I met a lot. At one point, I was talking to a grumpy Gurderr about getting my house built when I got distracted by the TV show I was watching (because I had to do *something*) and looked down to find I was still scrolling through more text – 15 minutes later! Eventually Axew and I start a business helping Pokemon by entering Mystery Dungeons.

We actually got rolling on visiting some dungeons and I started building my team. I thought the game would finally start to get exciting, the only gameplay hitch so far was the clumsy handling but I had learned to compensate. Then, I gave my three teammates free reign to explore the dungeons on the own. They would run around defeating enemies and collecting loot while I found the entrance the the next level. The already halting motions of my character drastically worsened because every time anything happened to a teammate, I was stopped dead in my tracks. I felt like I had no control over my character and just moving around the dungeon became a huge pain. The combat suffered from the same problem, I often couldn’t get my character to face the right directions so I could attack.

Really, just about the only thing that is good about this game is the design. In fact, it is downright adorable. All of the character models are so round, and cute, and colorful. I just want to cuddle them all! Especially my little Tepig, with that little curly tail, and pink snout. Each of the Pokemon have endearing little expressions to show how they are feeling during the unbearably massive amounts of dialog. Somehow the whole game becomes even more ridiculously adorable in 3D because the Pokemon all look so squishy and hug-able. It is almost cute enough to make me wish I could live in the Pokemon world but then I remembered how talkative the residents are. Oh how I long for the days when Pokemon could only say their names!

The music is bright, bubbly, and catchy. I don’t know why but I enjoy the music of other Pokemon games but not the RPGs. I think that is because the RPGs music tends to be fast and ominous while most other genres of Pokemon games have a more laid-back, relaxing soundtrack. With all the painstakingly slow dialog, the music was the only saving grace because I at least had something calming to listen to.

The best thing about this game is part of the worst aspect. That’s kinda confusing but let me explain: sometimes, during the unnecessary monsoon of text, the Pokemon will have moments of pure cuteness when they are expressing their emotions to each other. The friendships between all of the citizens of Post Town are really important to the characters and they all wear their hearts on their sleeves. That kind of display of uninhibited emotions is actually really refreshing coming from a game.

The worst aspect is, of course, the overwhelming amount of pointless dialog combined with the snails pace at which it scrolls. Seriously, I have never before this game rage-quit because there was too much dialog to read. I play Fallout games. I purposely read the books in Elder Scrolls games. For fun. The phrase “too much to read” has never before been fallen from my lips. Everything has changed, the world no longer makes sense.

The re-playability of Gates to Infinity is probably great for someone who enjoyed playing it. The dungeons themselves are randomized so starting a new game will provide a new experience.

I think it was an interesting idea to make a Pokemon dungeon crawler and I haven’t played any of the other Pokemon Dungeon games so I thought this would be a good opportunity to try this classic genre with a familiar theme. Unfortunately, there is a simple lack of execution due to the dialog issues and clunky handling.

I really love the Pokemon franchise, probably because I was brainwashed as a child to love it, but Gates to Infinity did not tug on my heartstrings enough to forgive some obvious missteps by the developers. Thankfully, not everyone in the world shares my taste. Some people love a steady stream of hokey dialog and could more easily forgive the awkward handling. For those of you who love dungeon crawlers and ridiculously adorable Pokemon – this is your game.