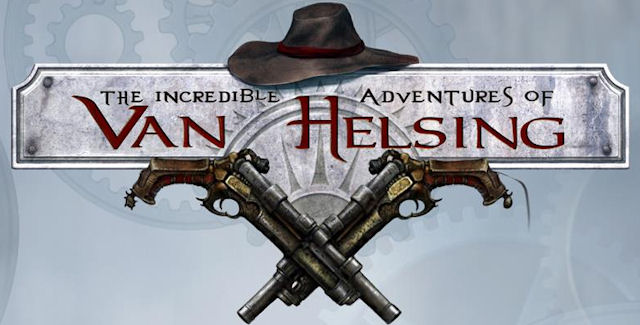 Our The Incredible Adventures of Van Helsing walkthrough will guide you through the beginning to ending moments of gameplay with strategy tips for this Action-RPG on PC from May 22 via Steam and Mac & Xbox 360’s XBLA later in 2013.

The Incredible Adventures of Van Helsing is a real-time Action RPG (like Diablo 3) filled with fierce and demonic battles, memorable characters, and a refreshingly unique story loosely based on Bram Stoker’s classic novel Dracula.

Let’s start the The Incredible Adventures of Van Helsing walkthrough with an intro video!

Index of The Incredible Adventures of Van Helsing Guides:

Put on your wide-brimmed hat, grab your weapons and embark on an incredible adventure in the gothic-noir world of Borgovia, where mad science threatens the fragile peace between monster and mortal. Be Van Helsing, monster-hunter extraordinaire and save the day with your charming and beautiful companion, Lady Katarina (who happens to be a ghost, by the way). Explore the savage wilderness in the mountains and the soot-stained brick districts of a grim metropolis twisted by weird science, and don’t forget: you might never know who the real monsters are!

What is the story in The Incredible Adventures of Van Helsing about?

The Incredible Adventures of Van Helsing is a real-time Action RPG created by NeocoreGames, coming for PC, Mac and XBLA. The game is set in Borgovia, a dark kingdom where you can meet mythical monsters and scientific creatures. You play young Van Helsing, son of the world-famous monster hunter. His follower, Lady Katarina, is the ghost of a witty and beautiful damsel, who is a great help for our hero and also his biggest critic at the same time.

What does Van Helsing bring to the genre that no one else has?

#1) The setting and the world are very special: the city of Borgova is like a metropolis taken from a gothic-noir tale with dark, scary, imposing buildings and various locations resembling a 19th century European city, with vampires, werewolves and scientific creatures.

#2) We put more emphasis on the story and the characters. The sarcastic, wry humor is an important feature in the game, just like the snappy dialogues between Van Helsing and his pretty follower, Lady Katarina. They both have strong characteristics, which affect all their actions and decisions.

#3) You can tailor your skills on the spot with the game’s unique PowerUp System: all active skills have 3 modifiers, called PowerUps. They are activated (charged) from Rage points that you gain as you kill your enemies, then you can boost your active skills in many different ways by combining these PowerUps.

#4) You have the freedom to customize your character through a very detailed level up system. You can pick skills, spells, tricks and auras from three unique skilltrees. Additionally you can choose passive bonuses from the Perks as you gain reputation.

#5) Tactics are also important because of the diversity of the enemies and their special abilities. Some of them have strong armour or different types of elemental resistance, others are small but fast and they attack our young hero in hordes.

#6) If you like exploring secret places and diving deep into the story beyond the main quest line, you will find plenty of hidden content, like special enemies, secret levels, unique equipment and several sidequests. These will grant you an even more exciting gameplay experience and additional gaming hours.

How do Rage and PowerUps work?

You gain Rage by killing the vicious beasts in Borgovia.

All your active skills have 3 PowerUps just like these four. Channel your Rage once into all three to combine their effects, or just into one single PowerUp, making that particular bonus three times stronger. Or use any other combination of the three PowerUps to make your skill more suited to the given situation.

Let’s see what you can do with your basic Shoot skill for example:

PowerUp 1: Explosive Round
Exploding bullets hit the enemies within a 1.5 meter area of the target

PowerUp 2: Tar Shot
Slows down the target by 75% for 2 seconds

Charging all PowerUps just once will give you all three benefits for your next attack. But, if you’re facing a single boss, you don’t need to hit a bigger area, right? So, if your attacker is very fast, you should rather try to escape and shoot it from afar, so channel your Rage into PowerUp 2 all three times, and it will slow your target down for 6 seconds. Or if it’s not too fast but has an awful lot of Health, then charging PowerUp 3 all three times will add +150% Damage to your next attack.

Using PowerUps can also replenish your resources. The Explosive Shot skill, for example, has a PowerUp that steals Mana from your target, the more Rage you channel into it, the more Mana you’ll receive for killing your enemies.

What are the System Requirements for the PC version?

Welcome to the The Incredible Adventures of Van Helsing walkthrough! Doug will be your voice-over commentator showing you around the game’s areas.

Backstory: Set in a gothic-noir universe resembling a fantastical 19th century Europe filled with monsters, magic, and weird technology, The Incredible Adventures of Van Helsing will follow the son of the famed hunter, known in-game as Van Helsing, in a tale wrought with wry humor and snappy dialogue. Van Helsing, a larger-than-life hero possessing a dark yet romantic charm, will follow his path to the dismal land of Borgovia where former supernatural foes have enlisted his help to defeat a new scourge terrorizing the ravaged city.

Objective: Reach the city of Borgova by crossing the Gorgon Pass bridge.

Tip: Use potions by pressing the Q key when you need to heal. If you possess a Healing Potion, drinking one of these potions will restore 50% of your max Health.

Objective: Find the Mayor of the village.
Objective 2: Speak with the Romany leader.

More chapters coming as soon as they are available.

Thanks to NeocoreGames & Doug for the walkthrough videos.