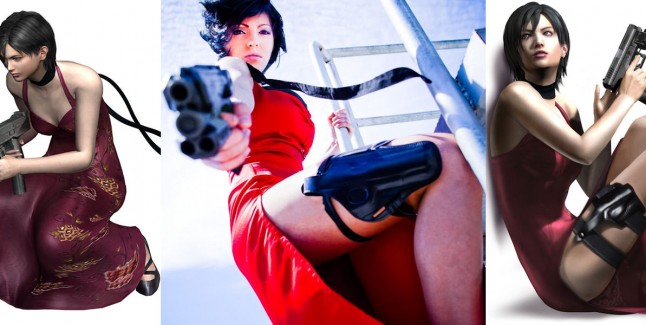 Here are some of the most epic Ada Wong Cosplay photos of recent years! Resident Evil’s mysterious spy is modeled by cosplayer Yasemin Arslan, who made the character costume herself with the dress design from Resident Evil 4.

Ada Wong is hailed as being one of the most popular female characters in the Resident Evil series, alongside Jill Valentine and Claire Redfield. She was introduced in the 1998 Resident Evil 2 survival-horror video game as a supporting character.

Here’s the Ada Wong image gallery.
Click on any of these image thumbnails to see the full-size cosplay photos: 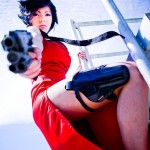 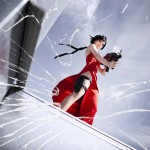 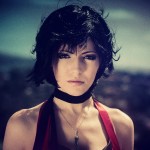 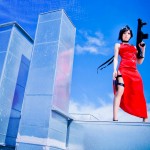 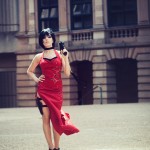 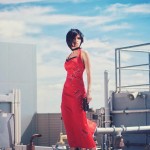 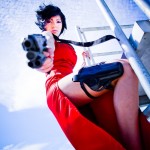 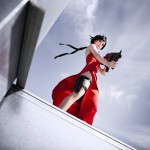 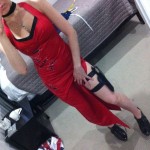 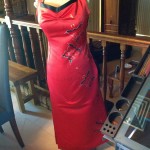 How was the Ada Wong costume made?: “Ada Wong [Resident Evil] is a pretty easy outfit. After 1.5 day’s worth of work got the butterflies and lotuses blueprinted on, the next day all of the paintwork was done to finish the dress off!
Once the paintwork is done, just gotta add ribbon to the back and the dress is ready! One thing I’ve learnt through making this is that I can never trust making costumes from my mannequin ever again. I have to work off calico test pieces from now on because my body shape has changed alot recently!
What’s next to do: choker, gun holster [ordered], holster straps, wig [ordered], guns [rented]. Guns will be supplied by two local prop pros. After all the sewing for Ada is done, all that’s left is to style the wig and buy the shoes.”

Ada Wong’s character bio reads: “Not much is known about Ada Wong’s past or motives. What is known is that Ada was a corporate spy working for an unnamed competitor of Umbrella, often referred to as the “Organization”, that intended to procure all sorts of biological weapons and specimens. She was also a trained assassin, who was proficient with several types of weapons and fighting techniques. Presumably, Ada joined the Organization for personal reasons outside of her company’s interests, though she has yet to reveal what they are.”

Watch a tribute to Ada Wong in this Resident Evil 4 video here:

What do you think of this Ada Wong Cosplay?