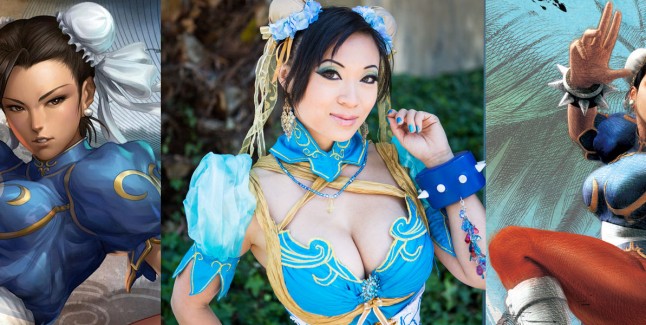 Here are some of the funnest Chun-Li Cosplay photos of recent years! The Street Fighter heroine is modeled by cosplayer Yaya Han, who likes to slightly adjust classic character costumes with a design twist to make it her own.

Chun-Li is hailed as being the first female fighting character. She was introduced in the 1991 Street Fighter II video game and was the only female fighter.

Here’s the Chun-Li image gallery.
Click on any of these image thumbnails to see the full-size cosplay photos: 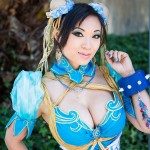 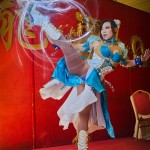 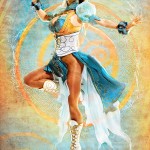 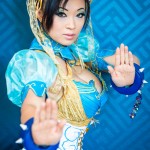 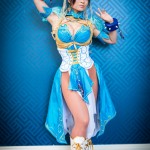 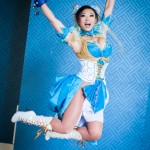 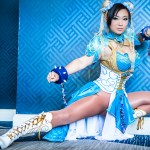 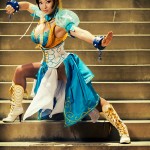 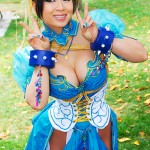 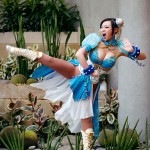 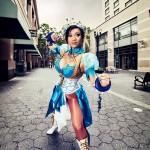 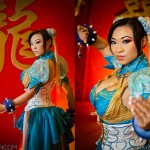 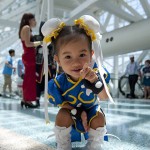 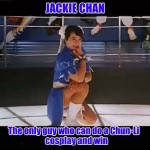 How was the Chun-Li costume made?: “I created the full costume, using luxurious fabrics such as dupioni silk and silk taffeta. All the trims and swirls are embroidered on, free hand. I had a lot of fun making the charms, hair buns and spike wristlets. I read the spikes in the design artwork as ivory or marble instead of metal, and in keeping with the turn of the century art nouveau style, my spikes are an opalescent ivory color. Some people remarked that it looks like I’m not wearing underwear – well, I am wearing 3 pairs of tights so I am decent lol. Again, it’s to follow the art design accurately.
I also cut up a pair of white pleather boots and embroidered the gold swirls on that. The charms and the boots might be my favorite part on this costume!”

Chun-Li’s character bio reads: “Chun-Li was born in the People’s Republic of China in 1968. When she was five years old she was inspired to go into martial arts after watching a Bruce Lee movie. Her fighting style is a combination of tai chi and wushu. Her father was friends with a man by the name of “Gen” that taught her a few moves. Later on her father had gone missing and it was Gen who told her to investigate the syndicate known as “Shawdowlaw” (M. Bison’s organization). She confronted Bison, but was defeated, and was warned that the next time they meet he would kill her like he killed her father. Thereafter Chun-Li joined an organization to hunt down Shadowlaw and get her revenge. In doing so she joined “Charlie/NASH” in a mission to take down Shadowlaw. Col. Guile aided Chun-Li and Charlie/NASH in taking down Shadowlaw. Unfortunately while destroying Bison’s base in Thailand Charlie/NASH sacrificed himself so that Bison would not escape. After having made her peace Chun-Li continued to work as a police enforcer and taught young girls martial arts.”

Watch Yaya’s Chun-Li appearance on King of the Nerds here:

What do you think of this Chun-Li Cosplay?