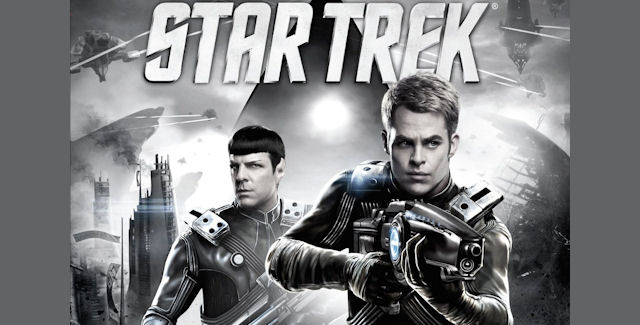 Our Star Trek 2013 Game walkthrough will guide you through the beginning to ending moments of gameplay with strategy tips for this Action-adventure third-person shooter on the PC, Xbox 360 & PS3.

Please note that viewers must be at least 13 to watch, so no harm comes to those with innocent eyes. This game includes Animated Blood, Language, Violence.

The award-winning Star Trek game casts players for the first time ever as Kirk and Spock in a totally original co-op experience worthy of gamers and fans. Set in the new canon of director and producer J.J. Abrams’ Star Trek (2009) reboot, players will be immersed in the game’s rich story and action-packed combat.

Welcome to the Star Trek 2013 game walkthrough! Doug will be your voice-over commentator showing you how to complete the game, tips and all. 🙂

In Part 2 of the Starbase chapter we must destroy the Gorn devices.

Tip: The infamous jumping part in this chapter might be a glitch, but it can be overcome by clicking on the left analog stick (LS) of your controller so you will run faster, and jump right at the end of the platform, then just let him grab the ledge.

Tip: If you encounter the glitch where Spock won’t transport you through, then it’s recommended you reload the checkpoint, and if that doesn’t work then start the whole chapter over.
Note: Restarting the chapter fixes both the glitch in this “Chapter 4: Frontier Starbase” level as well as in “Chapter 7: Gorn Planet” if you get stuck in a room/cell with no way to get out.