Injustice Gods Among Us Walkthrough 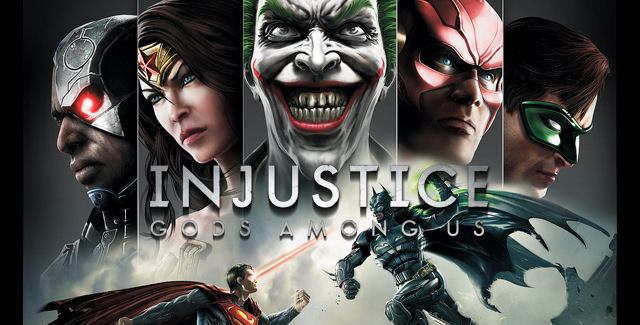 Our Injustice Gods Among Us walkthrough will guide you through the beginning to ending moments of gameplay with strategy tips for this fighting game on the Xbox 360, PS3 & Wii U.

Injustice: Gods Among Us is a Fighting game that blends classic Arcade style gameplay mechanics with an intriguing storyline that pits classic DC Comics characters against each other in unique combinations (hero vs. hero, villain vs. villain). The game is developed by NetherRealm Studios, and Ed Boon, of Mortal Kombat fame.

Let’s start the Injustice Gods Among Us walkthrough with a story introduction video!

Please note that viewers must be at least 13 to watch, so no harm comes to those with innocent eyes. This game includes Blood, Language, Suggestive Themes, Violence.

Injustice Gods Among Us Walkthrough

Injustice: Gods Among Us debuts as a bold new fighting game franchise that introduces a deep, original story featuring more than 20 fan favorite, and other less well-known, DC Comics icons such as Batman, Superman, Wonder Woman, The Flash, Harley Quinn, Solomon Grundy, Nightwing, Cyborg and others. Set in a world where the lines between good and evil are are blurred, players will experience heroes and villains engaging in epic battles on a massive scale.

Players can expect over-the-top action that is suitable for players of most ages, and a single-player storyline that provides the background for the unique character match-ups possible. Addition features include more than 20 DC Comics heroes and villains, a variety of different attack levels, unique attacks for each character, multiplayer support, and more.

Developed by NetherRealm Studios, under Ed Boon of Mortal Kombat fame, Injustice: Gods Among Us is developed with gamers of all skill levels in mind. The playable characters are separated into roughly two categories: power based fighters such as Superman, and gadget based fighters such as Batman. In the interactive environments of the game a power character like Superman might use his super strength to lift and throw an object such as a car at an opponent, while a gadget character like Batman might maneuver an opponent close to the same car, then blow it up with a tossable explosive. Characters like Wonder Woman Woman and Nightwing have hybrid abilities that they can toggle between.

Regardless of the characters used, varied abilities makes each a possible match for the other, with their attacks broken down into heavy, medium and light varieties, and each also having a specific move that can be unleashed when the power meter that they grow throughout combat, is full. In addition, players can engage in “wager battles” in which portions of the opposing character’s power can be won as a prize for victory. Taken together these mechanics promise action that is simple to pick up but challenging to master, and and which adds a distinct gameplay feel.

In this next video Netherrealm Studios, the game’s development team, talks about the enhancements to the technology and combat systems (listed hereunder) driving Injustice: Gods Among Us.

Welcome to the Injustice Gods Among Us walkthrough! Doug will be your voice-over commentator showing you how to beat the game’s battles.

Injustice: Gods Among Us Walkthrough continues on Page 2 with Chapter 6.