Injustice Gods Among Us Super Moves 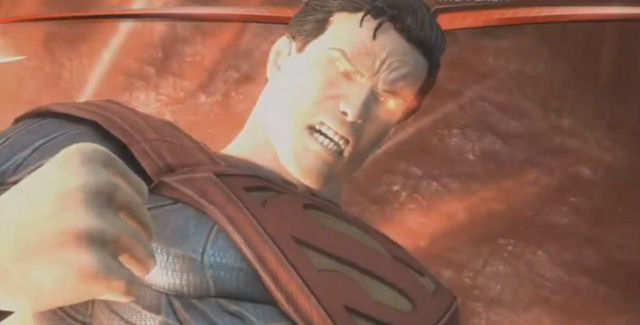 All Injustice Gods Among Us Super Moves have been revealed for the 24 characters in the new Xbox 360, PS3 & Wii U fighting game. Super Moves replace the non-lethal Fatalities Special Moves, the Finishing Moves we called Brutalities in MK VS DC, except in Injustice you can perform them mid-fight. Here you’ll find a guide video and Super Moves list for every single one!

How to activate a Super Move in Injustice Gods Among Us? Once during a fight your character’s power bar reaches level 4, you can activate it by pressing these two back buttons on your controller at once: L2 + R2 on PlayStation 3 or LT + RT on Xbox 360. You’ll then burn all 4 power bars of the Super Meter and perform the Super Move, which will inflict massive damage onto your opponent mid-battle.

Protip: When you get down to business, Deathstroke has the strongest Super Move of all initial 24 characters that does 40% damage. Opposed to Harley Quinn who has the weakest Super Move with only 27% damage.

Injustice Gods Among Us Super Moves

Note: The fastest way to unlock the “Superhuman!” achievement / trophy is in Practice Mode. That’s because in that mode you can press Start to set the Super Meter to full in the Practice Options menu. As you know, a full Super Meter allows you to do a Super Move for each character right away. Then exit and select a new fighter until you’ve done Super Moves with all 24 characters.

Which Injustice: Gods Among Us character has your favorite Super Move?