Injustice Gods Among Us Cheats 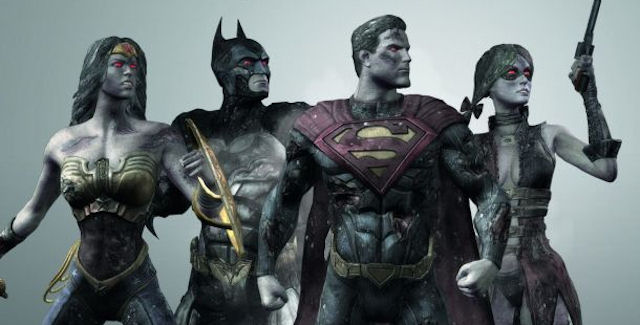 Injustice Gods Among Us Cheats

How To Unlock Alternate Costumes

• Play the free iOS mobile Injustice game to buy costumes with points earned/bought there and unlocking them in the console game. Syncing between the two version is done by signing in to your WB account (WBID) on both games.
The unlockable costumes for the console game are:
– Knightfall Bane Costume: Rate the Injustice mobile game via the in-game unlockables menu.
– Batman Beyond Costume: Obtain any Batman character card.
– The New 52 Green Lantern Costume: Complete a Bonus Battle in the Injustice mobile game.
– Arkham Harley Quinn Costume: Obtain any Joker character card.
– Prison Superman Costume.

How To Unlock Zombie Mode

• The “Blackest Night” Zombie Mode DLC can be unlocked by pre-ordering the game at Best Buy (America), or Amazon (Germany), or JB Hifi (Australia).
Description: In the Zombie Mode all the characters in the game transform into undead.

Presumably these pre-order bonus costumes and the zombie mode will become available as paid DLC later on.

Thanks for some of the tips to Warner Bros. Interactive & XSpectreGreyX.

Do you know of any Injustice Gods Among Us cheats or unlockables?
Let us know in the comments, you’ll get credit for finding out. – Thanks for visiting!