How To Unlock Injustice Gods Among Us Alternate Costumes 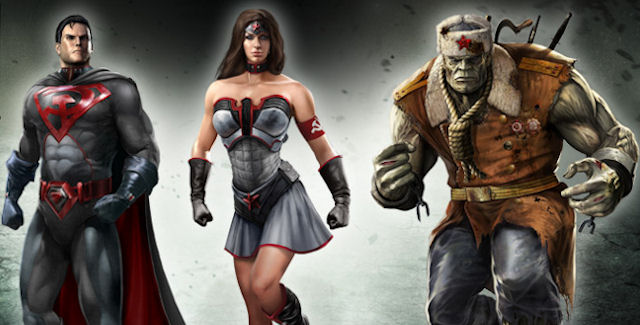 How to unlock Injustice Gods Among Us alternate costumes? That question will be answered in this guide that shows you how and which costumes and various outfits are unlockable for the 24 characters.

How To Unlock Injustice Gods Among Us Alternate Costumes

Costumes that can be obtained through the Injustice mobile game.

Play the free iOS mobile Injustice game to buy costumes with points earned/bought there and unlocking them in the console game. Syncing between the two version is done by signing in to your WB account (WBID) on both games.

The unlockable costumes for the console game are:

All costumes you can unlock with your iPhone:

Here’s an overview of the iOS game’s features. It also shows where to find out in the iOS game what you’ve unlocked so far in both versions. You can do that by tapping the “WBID” menu icon on the startup screen’s main menu.

Costumes that can be obtained in the console versions.

• Godfall Superman Costume: Unlocked by finishing the game’s Story Mode once.
• Supposedly there are many more Character Costumes you can unlock through gameplay. By playing any and all of the game’s modes, you’ll be able to gather in-game experience points to buy Alternate Costumes.

Check out the Godfall Superman costume.

* Note: The pre-order DLC packs will likely become available as paid DLC some time after launch.

Check out the Arkham City costumes for Batman, The Joker & Catwoman.

What’s your favorite Injustice: Gods Among Us alternate costume?