Call of Duty: Black Ops 2 – Uprising is the second out of four downloadable content packs this season, and it’s set to arrive on April 16th, 2013 for Xbox 360 first. The accompanying Uprising trailer that was included with the announcement reveals the game’s maps in great detail, and we through it fun to analyze and list all the new info here for you. Let’s go! 😀

The game’s second, epic DLC pack of the year from award-winning studio Treyarch and Activision, will be available first, exclusively on Xbox Live for the Xbox 360 beginning on April 16th, with the other platforms PlayStation 3, PC & possibly Wii U to follow one month later on May 16th, 2013.

Call of Duty: Black Ops II Uprising will include four new exotic multiplayer maps, plus an exciting new Zombies experience called “Mob of the Dead” that takes players to Alcatraz with four of the actors behind some of Hollywood`s most iconic mobsters, including Ray Liotta, Chazz Palminteri, Joe Pantoliano, and Michael Madsen.

Before we go over each map in the pack, check out the Black Ops 2: Uprising DLC trailer with map previews: 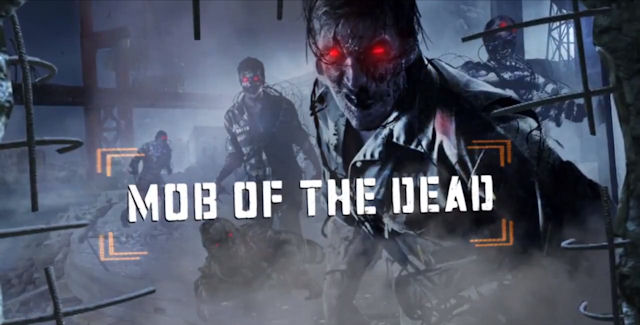 Description: With plans to break out of Alcatraz foiled by the rise of the undead, the quartet of inmates will have to lean on their mob-derived skills with firearms, blunt instruments and improvised weaponry as they battle the zombies infesting and overrunning the island. In order to survive, players must work their way through the steel cells and aging concrete buildings while fighting off a multitude of zombified prisoners and guards trapped on the island with them.

Additionally, if a player becomes an unfortunate victim, “Mob of the Dead`s” new feature known as “Purgatory” sends players into the afterlife. This new twist on Zombies gameplay is ripe with its own set of objectives, and offers fans a truly new and unique experience.

New Perk: “Electric Cherry” generates an electric shockwave around you as a protective cloak during weapon reloading.

Mob of the Dead Trailer: 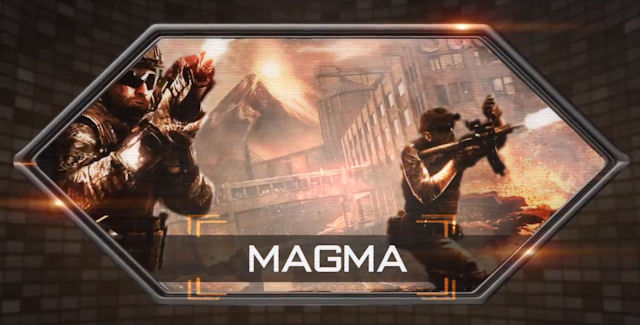 Uprising also delivers another four new, exotic and diverse multiplayer maps set around the globe for fans to jump into.

Because the map features both short- and long-range engagements, you’ll be more successful racking up kills by carrying multiple weapon types going in.

“Magma” is a modern Japanese village with volcanic eruptions carving multiple paths throughout the town.

Description: Lava carving through a modern Japanese village leaves rivers of fiery damage in its wake, providing players with a dangerous terrain hazard, compromised cover, and frenetic firefights for survival. 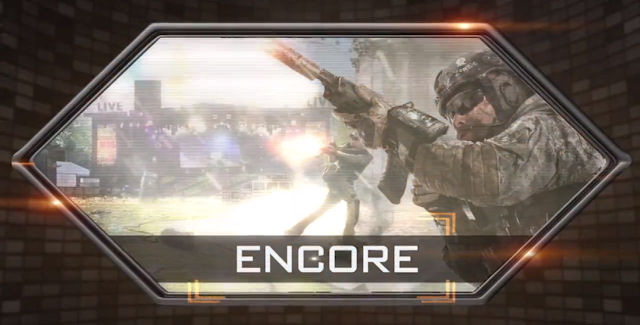 If you can hold on to the center stage, you can dominate the center of the map. Try to not get flanked via the stands.

Description: Multiplayer gameplay picks up after the concert has ended in Encore. Following a bustling London music festival, the central stage provides players with a key vantage point that overlooks the surrounding areas of the amphitheater and its main tents.

Location: London in the UK. 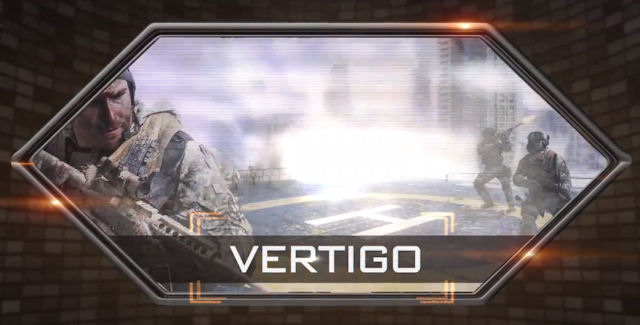 What’s unique in this map is that by shooting out the windows and smashing through them, you can jump from one path to another. Keep an eye out on the corners of the map to not fall to your death, as the high-rise small paths there will make it difficult to hug the map edges.

Description: High above the clouds atop a mega skyscraper in India, players must battle across a VTOL landing pad and through the transportation terminal, bringing new dimensions of verticality to every battle. 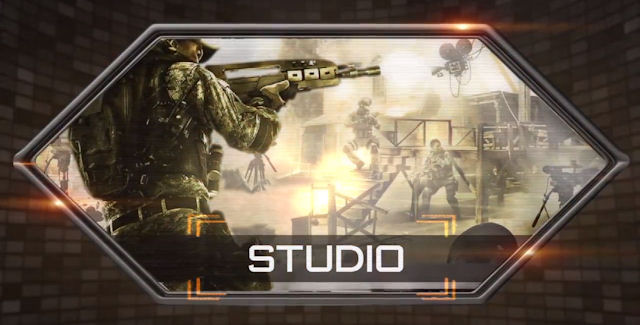 “Studio” is a contemporary remake of “Firing Range,” a fan-favorite multiplayer map from the original Call of Duty: Black Ops, that keeps the layout the same. “Studio” is a Hollywood movie back lot with a variety of cinematic themes that range from Sci-Fi to the Old West.

This map has many tight corners and enclosed areas, similar to what you find on the Nuketown 2025 map. In order to strategically control the center of this Hollywood-themed map, you’ll want to get to the best vantage points at the Castle Tower and in the Tavern.

Description: The Call of Duty: Black Ops 1 fan-favorite, Firing Range has been re-imagined as a Hollywood back lot, allowing players to take cover in a wide variety of classic move sets.

Here’s an image gallery of all the above-shown artwork: 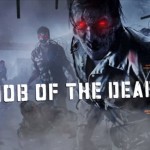 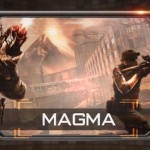 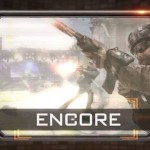 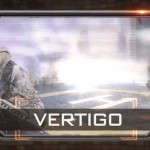 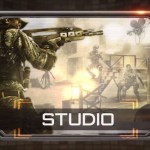 Here’s what the game’s creators have to say about Uprising:

“With Uprising, the team has really outdone itself again,” said Mark Lamia, Treyarch`s Studio Head. “In addition to creating four amazing new multiplayer maps, the Studio has been hard at work on the Zombies front to surpass what we accomplished with `Call of the Dead.` What they’ve done this time around is nothing Zombies fans have seen before – and if you don’t believe me, just wait until you get into Purgatory.”

David Vonderhaar, Uprising Design Director, said “Uprising is THE MOST fan-centric DLC package we’ve ever created. Here’s a DLC package that multiplayer fans are really going to enjoy with four very unique, diverse locales; each with their own gameplay-centric style. And Mob of the Dead, this robust zombies experience. — This is one of the most diverse DLC packages you’ve seen yet from Treyarch. Uprising will be available on Xbox Live first on April 16th, 2013.”

Call of Duty: Black Ops II Uprising will be available first, as a timed exclusive on Xbox Live for 1200 Microsoft Points or $15 on April 16. The Uprising DLC Map Pack is also included in the Call of Duty: Black Ops 2 DLC Season Pass, where you can buy all four DLC Map Packs planned for the year, and also receive the Nuketown Zombies bonus map, and an exclusive in-game calling card as part of the discounted bundle (saving you $10) offered at a suggested retail price of $49.99 or 4000 Microsoft Points.

What do you think of the new maps in the Black Ops 2: Uprising DLC?