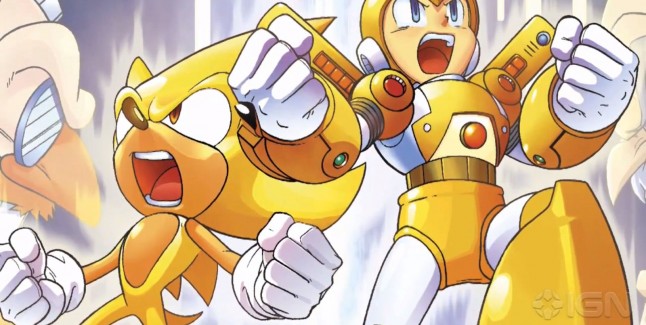 Although an epic idea for a video game, the Sonic and Mega Man: Worlds Collide comic look awesome as well! Announced by Archie Comics, Sega & Capcom almost a year ago, the 12-part Sonic the Hedgehog and Mega Man comic book crossover will finally debut on the April 10th, 2013 release date.

Skipping to the good parts for a moment (I know, bad habit) reveals an extremely cool tidbit in the launch trailer here-under. The trailer unveils that Sonic the Hedgehog’s super transformation and powered up version Super Sonic also works for Mega Man, resulting in Super Mega Man!! 😀 Be sure to check out the wallpaper size Super forms of our heroes in the image gallery below.

This comic book event marks the first time the two legendary video game characters have crossed over, making it a landmark meeting for comic book and gaming fans around the world. The story will be written by best-selling and longtime SONIC THE HEDGEHOG and MEGA MAN writer Ian Flynn and will feature cover art by superstar artist Patrick “Spaz” Spaziante, who illustrated the hit SONIC: GENESIS storyline and the highly-successful MEGA MAN comic book launch.

The crossover, spearheaded by Archie’s Executive Director of Editorial Paul Kaminski, will be a universe-spanning tale that involves not only the legendary characters, but their expansive and diverse supporting casts and villains for a tale that’s certain to go down as one of the most acclaimed and best-selling comic crossovers ever.

Click the thumbnail image of the Sonic & Mega Man artwork you want to see full-sized: 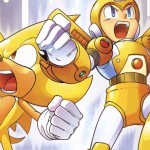 What Is Super Mega Man? 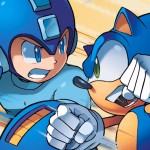 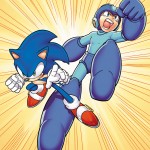 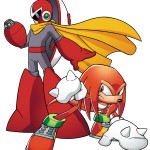 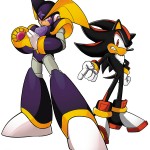 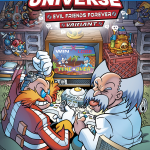 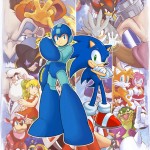 Watch the launch trailer for the Sonic & Mega Man comics:

Some quotes from the creators:

“We’ve been gearing up for this for years,” said Kaminski. “From the moment we had Mega Man at Archie, we knew we wanted to bring Sonic and the Blue Bomber together. It’s a big budget movie featuring two of the most storied video game franchises. This has never happened before. We’re making history here, and it’s going to knock people for a loop. This is what comics are all about – drama, fun, action and tons of surprises. Fans will not be disappointed.”

“This is a historic moment for not only Sonic and Mega Man, but for Archie,” said Archie Comics Co-CEO Jon Goldwater. “We’ve had a long, fruitful history with Sonic and are enjoying great success with Mega Man in all our markets. Bringing these characters together was something we’ve been hoping for since we got both licenses, so this is very much a dream come true for the company.”

Grace Randolph (LOVE her!) sits down to interview Editor Paul Kaminski about how he’s bringing the Sonic comic books and Megaman comic books together.