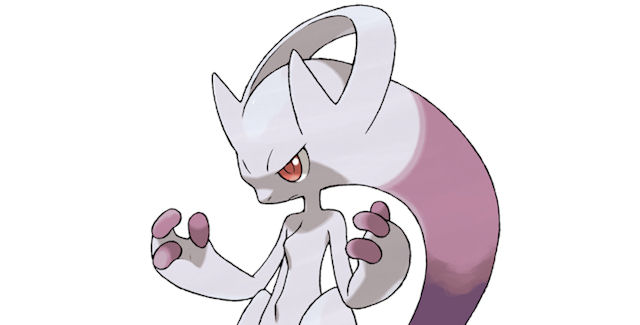 Nintendo has unveiled a mysterious new Pokemon that is strangely familiar to Legendary Pokemon Mewtwo! Could this be the long-awaited Mewtwo Evolution? Or is it a new after Mew genetically engineered Mewtwo Form called Mewthree? Whatever it is called, Nintendo isn’t saying. What do you think it is?

This special reveal was made on yesterday’s “Pokémon Smash” television show in Japan. The intent by not doing a full reveal is obviously to get fans debating which type this new Pokemon will be when it debuts in Pokemon X and Pokemon Y on the 3DS, which is launching worldwide in October 2013.

Click the thumbnail image of the Mewtwo Evolution/Mewthree you want to see full-sized: 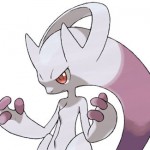 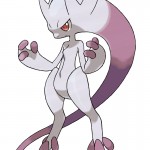 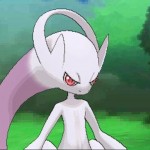 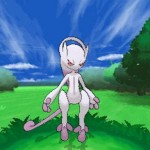 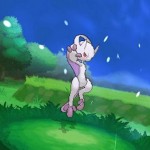 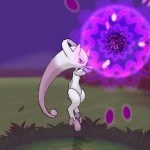 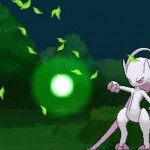 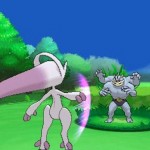 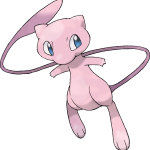 Here’s what little info Nintendo did reveal about “Mewthree”:

“This new Pokémon shares many traits with Mewtwo and it’s suspected that the newly discovered Pokémon has a connection with Mewtwo—a powerful Pokémon that debuted in Pokémon Red and Pokémon Blue.

What is this new Pokémon? How will you encounter it in Pokémon X and Pokémon Y? When will you know more? One thing is clear, your readers will certainly want to debate the meaning of this new Pokémon!”

Watch the debut gameplay video for this “Mewtwo Evolution”:

And here’s an analysis video about the announcement.

April 13 Update: Japanese magazine CoroCoro confirms what it is. To quote: “Mewtwo has awakened and has taken on this new form.”

What do you think this new Pokemon is? Is it a Mewtwo Evolution?