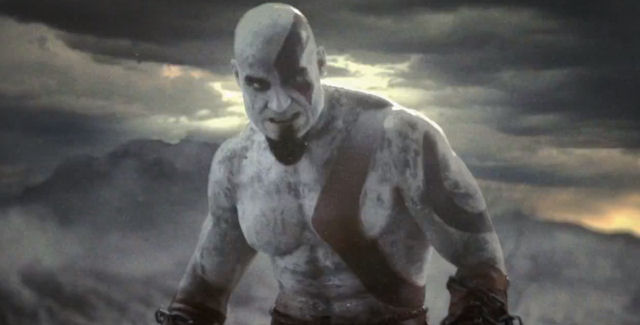 How was the Kratos costume made?: “Kratos is not an easy man to replicate in the flesh. This first video shows how we transformed our talented, and extremely buff, actor Brandon White, into the legendary Spartan General. A lot of work went into making sure his tattoo, armor, costume and ash make-up looked just right. Add this to an amazing performance, and the Ghost of Sparta is no longer just an angry, rage filled monster, but a full embodiment of the humanity of Kratos.”

Here’s the God of War Ascension image gallery of Mr. White cosplaying as Kratos.
Click on any of these image thumbnails to see the full-size Kratos cosplay photos: 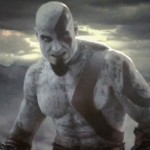 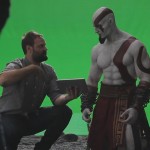 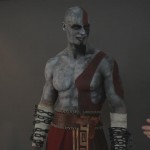 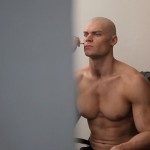 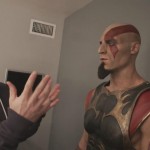 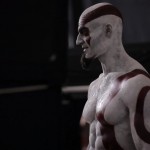 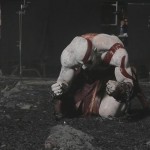 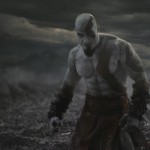 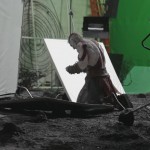 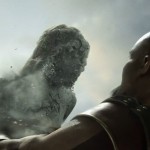 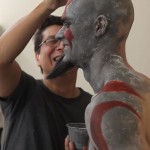 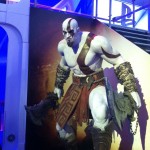 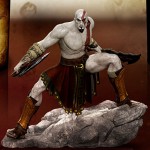 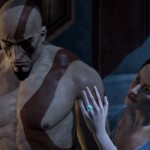 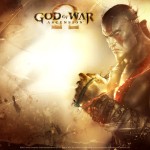 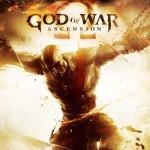 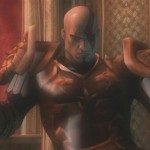 Watch a behind-the-scenes Kratos interview from the God of War Ascension set here:

Description of Kratos in the commercial: “Everyone knows Kratos has anger management issues, because Kratos swore an oath in blood to the gods, and ended up losing everything he ever loved. Now he will stop at nothing to get revenge on Ares and all of the gods that have betrayed him. In God of War 1-3, we got to experience Kratos’ quest for vengeance against Ares, and literally climbed his way to the top of Olympus to fight Zeus himself.

God of War: Ascension, however, is set before the first God of War game. Through the course of the story, we get to see a more human side of Kratos as he deals with the pain and loss of having just lost everything he has ever loved. We worked closely with Imaginary Forces, the creative minds behind some of the gorgeous cutscenes in Ascension and some of the past God of War games, and Santa Monica Studio to bring Kratos and his family to life, paying careful attention to each minute detail.”

Here’s the full-length “From Ashes” live-action trailer of the Superbowl 2013 TV ad:

The music that plays in the background is a special arrangement of Ellie Goulding’s “Hanging On.”

What do you think of this God of War Ascension Cosplay?