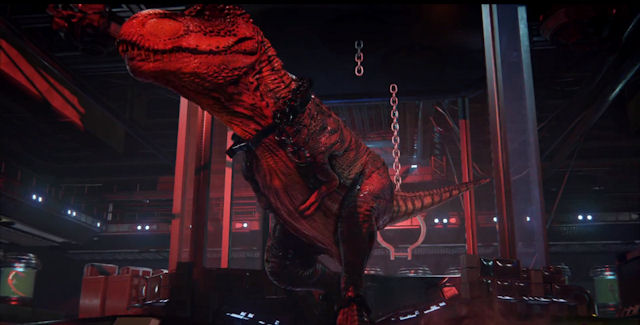 Primal Carnage: Genesis from Lukewarm Media has been announced for PlayStation 4. The game joins Jonathan Blow’s The Witness, as a self-published title making its console debut on the PS4 console as a downloadable title. The game is also coming to PC. It uses the next-gen Unreal Engine 4!

The official blurb reads: “Primal Carnage: Genesis for PS4 is a story driven, episodic single player adventure that takes place in a world where dinosaurs have been brought back to life. Lukewarm Media aims to resurrect the immersive dinosaur first person experience that people have been waiting for. Explore a mix of tropical and man-made environments that are teeming with prehistoric life, experience the fear of being hunted by long forgotten beasts and join in the survival of the fittest. Dinosaurs are back.”

The dinosaur game seems to be making use of Sony Computer Entertainment America’s PlayStation Pub Fund, which — through financial and marketing support — helps developers to independently publish console games on the PS4’s PlayStation Network.

A dinosaur game! I’m SO happy! I’m not afraid to admit I’ll literally buy any game with dinos in it. 😀

Do you like what you see in the Primal Carnage: Genesis teaser?