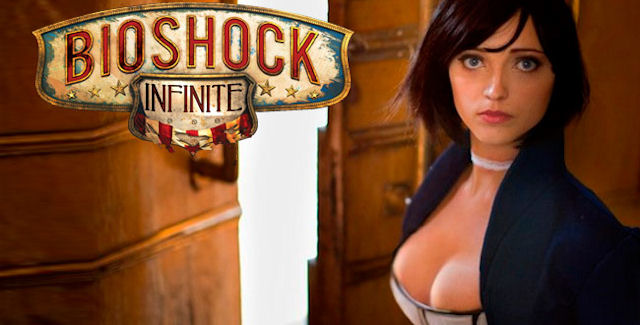 Our BioShock Infinite walkthrough will guide you through the beginning to ending moments of gameplay with strategy tips for this first-person shooter on the PS3, PC, Xbox 360 & later Mac.

Indebted to the wrong people, and with his life on the line, hired gun Booker DeWitt has only one opportunity to wipe his slate clean. He must rescue Elizabeth, a mysterious girl imprisoned since childhood and locked up in the flying city of Columbia. Forced to trust one another, Booker and Elizabeth form a powerful bond during their daring escape. Together, they learn to harness an expanding arsenal of weapons and abilities, as they fight on zeppelins in the clouds, along high-speed Sky-Lines, and down in the streets of Columbia, all while surviving the threats of the air-city and uncovering its dark secret.

Let’s start the BioShock Infinite walkthrough with an introduction video!

Please note that viewers must be at least 18 to watch, so no harm comes to those with innocent eyes. This game includes Blood and Gore, Intense Violence, Language, Mild Sexual Themes, Use of Alcohol and Tobacco.

For some Elizabeth cosplay, click on the thumbnail images to see them full-size. 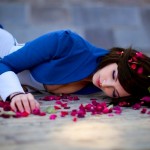 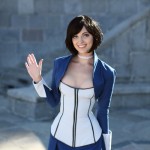 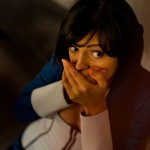 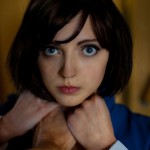 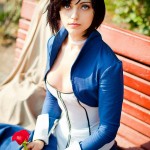 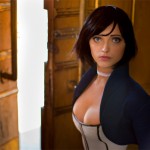 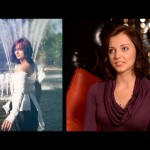 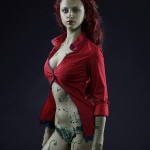 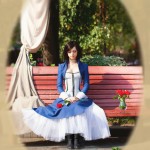 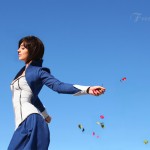 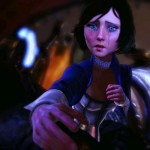 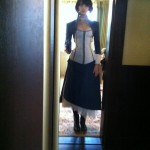 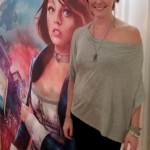 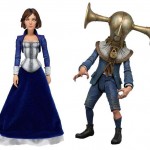 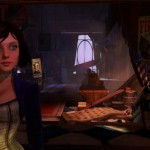 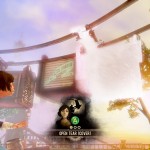 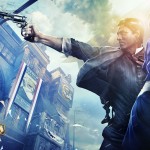 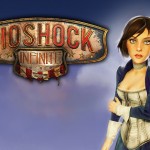 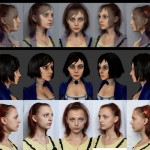 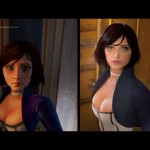 The city of Columbia was built by the US Government in the late 1800s to serve as a floating world’s fair. The city was sent to travel from continent to continent and show the rest of the world the success of the American experiment. Unknown to most, Columbia was also a “death star,” secretly packed with weaponry. Political strife caused Columbia to secede from America and the city disappeared. No one knows how to get to Columbia.

BioShock Infinite is a first-person shooter like you’ve never seen. Set in 1912, players assume the role of former Pinkerton agent Booker DeWitt — Indebted to the wrong people, with his life on the line, veteran of the U.S. Cavalry and now hired gun — sent to the flying city of Columbia on a rescue mission. His target? Elizabeth, imprisoned since childhood. During their daring escape, Booker and Elizabeth form a powerful bond — one that lets Booker augment his own abilities with her world-altering control over the environment. Together, they fight from high-speed Sky-Lines, in the streets and houses of Columbia, on giant zeppelins, and in the clouds, all while learning to harness an expanding arsenal of weapons and abilities, and immersing players in a story that is not only steeped in profound thrills and surprises, but also invests its characters with deep emotional bonds.

Chapter 1: Written in the Clouds

Welcome to the BioShock Infinite walkthrough! Doug will be your voice-over commentator showing you around the game’s areas.

Locations covered in Chapter 1 are: The Lighthouse introduction, The Welcome Center at Columbia, The Garden of New Eden, New Eden Square, and Raffle Park.

Chapter 1-B: Road to Monument Island

Booker realize his enemies are nearby. If he doesn’t get to the girl soon, the whole job will go south.

Locations covered in Chapter 1-B are: Comstock Center Rooftops, The Blue Ribbon, The Hooks, and Montgomery Residence.

Tip: Consider not shooting first. Not every situation needs to be a fight.

Locations covered in Chapter 1-C are: Locations: Fraternal Order of the Raven, Monument Island Gateway, and The Tolling.

Tip: Vigor traps are extremely powerful! Hold the left trigger / charging action and then release to create one.

Monument Island doesn’t really seem like a place to hold a young girl… what are these people so afraid of? Booker’s been told to tell Elizabeth whatever she wants to hear, as long as she comes along.

Note: You don’t need to protect Elizabeth in combat. She can take care of herself.

Chapter 2-B: Elizabeth Joins The Party

Hint: Stealing may have consequences. That’s why shops have the honor system. Break the rules by taking form the cash register and you’ll get attacked by the store owners.

Locations covered in Chapter 2-B are: Upper Boardwalk, and Soldier’s Field.

Note: Sometimes Elizabeth will find valuable supplies (health or ammo) and offer to toss them to you during combat. Press the indicated on-screen action button/key to accept her items.

Find a Shock Jockey at the Hall of Heroes.

The gondola to The First Lady Airship is powered by Shock Jockey. Go to the Hall of Heroes to pick up a free sample.

Once there, you must defeat Slate’s men. Your old war buddy Slate has locked you in the Hall of Heroes and demands that you give his men a soldier’s death before he gives you Shock Jockey.

Game Over Note: When you die and your life is saved, you’ll be partially healed, but so will your enemies. You’ll also lose some money in exchange for the revive. Basically, you won’t go “Game Over” until you run out of money.

Locations covered in Chapter 3 are: The Boxer Rebellion & Peking Exhibits, The Transport of the Child, The Murder of Our Lady, The First Lady’s Memorial, The Vengeance of the Prophet, and The Courtyard.

Tip: Shoot the Patriot tin man in the back for extra damage.

Tip: If you spare your old war comrade Slate’s life, he might help you later in the story. That’s just a karma guess, but it would be good to have an ally by our side, since he is against Comstock’s rule over Columbia as well.