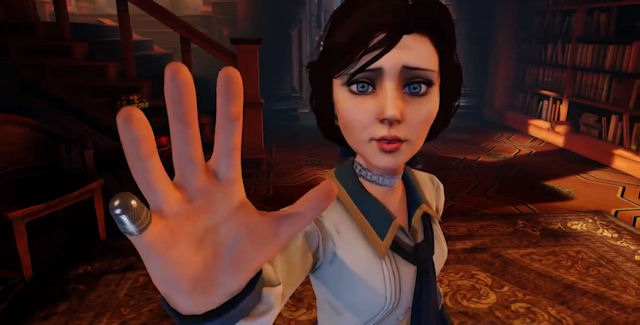 This video shows the BioShock Infinite ending when it’s played on any difficulty and shows what happens after Booker and Elizabeth escape from Columbia.

After BioShock Infinite is finished and the credits have rolled, it reveals the secret of the game’s title in a post-credits sequence.

Here’s what BioShock Infinite designer Ken Levine has to say about the ending:

“The plot actually gets more interesting as it goes on. The end of the game, I can’t tell whether people will like it or not like it. I can say it’s something we’re incredibly proud of. It’s like nothing you’ve actually experienced in a video game before. It’s unique and quite particular to this world, these characters and this franchise.”

Important: If you’re going to talk about the game’s ending in the comments section, please put a big fat “SPOILER ALERT” warning text as the first two words before typing your comment. Since comments are highlighted site-wide, and obviously some of us haven’t finished the game and would like to be surprised. 🙂

What do you think of the BioShock Infinite ending?