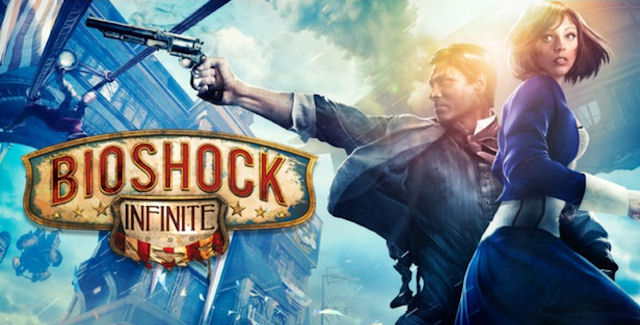 Method #1: 1999 Mode gets unlocked if you enter the classic Konami code on the startup screen. At the main menu screen where you can choose between the options “Play Game” to “Credits”, you can enter this Konami Code:

Method #2: 1999 Mode gets unlocked after you finish the story campaign on any difficulty for the first time.

Enter this cheat successfully to get a screen saying “1999 Mode Unlocked: You can now access 1999 mode when creating a new game.”
It will also result in the “Should Auld Acquaintance…” Achievement / Trophy popping up for “Unlocked 1999 mode.” So you don’t have to worry, using this cheat will not disable Achievement nor Trophy collecting.

It multiplies the challenge by adding the following:
• It heavily reduces the amount of money available, which in turn makes it harder to pay for the game’s ‘revive from death’ option,
• It slows down your shield’s recharge time,
• It makes enemy attacks do more damage to you,
• It completely disables the handy navigation arrow, which you can normally bring up with a button/key press if you’re lost.

Location: Mid-way through the campaign, at “The Hall of Heroes” area.

How To Get Unlimited Money: At the right side of “The Hall of Heroes” is a vending machine that you can use your Possession skill on again and again, in effect giving you unlimited money! To use Possession more than once on the same machine, you’ll need to enter the big door between the two adjacent areas in front of “The Hall of Heroes” to both refill your Magic and then return to the previous area again to reset the area. This allows you to Re-Possess the same vending machine an unlimited number of times until you have enough money.

• DLC Pack #1: Those who pre-order BioShock Infinite will receive the Industrial Revolution Pack for free. This pack grants exclusive access to three in-game gear items that boost combat abilities, $500 bonus to in-game currency, five lock picks and the Industrial Revolution puzzle game, which unlocks stories of Columbia and allows players to pledge their allegiance to the Vox Populi or Founders through Facebook.com.

• DLC Pack #2: Those who purchase the BioShock Infinite Season Pass (details below) will also receive the Early Bird Special Pack at no extra cost. This bonus pack contains four pieces of exclusive gear, a Machine Gun Damage Upgrade, a Pistol Damage Upgrade, a gold skin for both weapons and five Infusion bottles that allow players to increase their health, their shield durability or their ability to use Vigors by increasing the quantity of Salts they can carry.

• DLC Pack #3-5: The BioShock Infinite Season Pass will be available on March 26, 2013 when the game is planned to launch, and provide nearly $30.00 of add-on content for $19.99 (PlayStation Network, Windows PC) or 1,600 Microsoft Points (Xbox Live) – a savings of more than 30%. The Season Pass will include all three add-on packs, and can be pre-ordered today through preordernow.com or at a participating retailer.
The three all-new add-on packs are in development that will provide hours of additional gameplay and continue the player’s journey in the sky-city of Columbia with new stories, characters, abilities and weapons.

Discoveries made by: Eurogamer, Deathmule & G4TV.

Do you know of any BioShock Infinite cheats or unlockables?
Let us know in the comments, you’ll get credit for finding out. – Thanks for visiting!