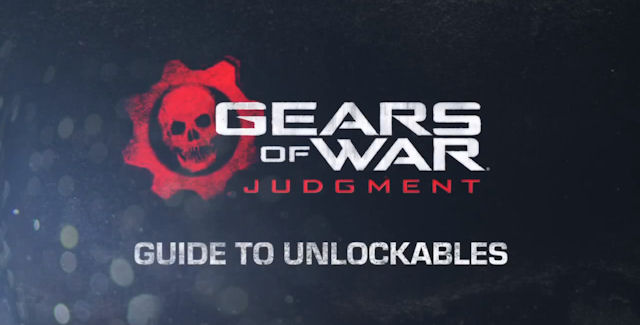 The following official “Guide to Gears of War Judgment Unlockables” trailer has been released by Epic Games and Microsoft Game Studios to show off all items you can unlock in the Xbox 360-exclusive shooter.

These items include the weapon skins, armor skins, and multiplayer characters downloadable content (DLC) that can be unlocked through bonus pre-orders, product codes, Xbox Live Membership cards, in-game events, and the that has VIP Membership to the paid DLC packs all at once.

Get a quick rundown on the unlockable items of Gears of War: Judgment.

Other Gears of War Judgment Pages: