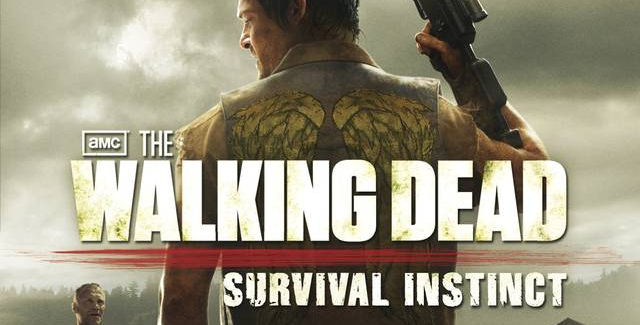 Our The Walking Dead: Survival Instinct walkthrough will guide you through the beginning to ending moments of gameplay with strategy tips for this first-person shooter on the PC, Xbox 360, PS3 & Wii U.

The Walking Dead video game takes the undead and brings them out of the AMC Emmy award-winning TV show and into console gaming systems in a new, terrifying way. Terminal Reality’s first-person action game will allow you to assume the role of the mysterious, crossbow-wielding survivor Daryl Dixon on an unforgiving quest to the supposed safety of Atlanta. The iconic walkers will relentlessly hunt you down like their television counterparts using a combination of sight, sound, and smell.

Let’s start the The Walking Dead: Survival Instinct walkthrough with an introduction video!

Based on the award-winning TV series, the do-whatever-you-need-to-survive first-person action game allows you to assume the role of the mysterious, crossbow-wielding survivor Daryl Dixon, alongside his overbearing brother Merle, on a haunting and unforgiving quest to make their way to the supposed safety of Atlanta.

The iconic walkers will relentlessly hunt you down using a combination of sight, sound and smell. As Daryl, you’ll need to tread carefully throughout each new area that you explore. Once discovered, it doesn’t take much to attract an unstoppable horde of undead walkers, so every threat needs to be assessed, and every situation analysed.

Choose between whether to stay and fight while risking a gruesome death or using stealth to avoid the undead. No place is truly safe for Daryl as he makes his way through the Georgia countryside in this new, post-apocalyptic world.

Resources are scarce and scattered in The Walking Dead, and you’ll have to not only ration supplies, but carefully consider food, medical needs, ammunition, and other goods as survival is based upon wit and intellect more so than simple, sheer skill. In order to endure this constant state of danger, you will have to do all you can to silence the noises they make and avoid detection.

No place is truly safe for Daryl as he makes his way through the Georgia countryside with Merle, in this new, post-apocalyptic world.

Welcome to the The Walking Dead: Survival Instinct walkthrough! Doug will be your voice-over commentator showing you around the game’s locations.

The introduction to the gameplay starts in Cabot Ridge.

At 8:30 minutes Chapter 1 begins in the town of Sedalia.

Tip: In the first city you have to get gas for the car, but the car is hard to get to with so many zombies around. The solution is when leaving the gas station to just run to the oil rig. — Start by climbing on top of the truck’s cabin via the back, then wait for the largest group of zombies to be alongside the truck with a few stragglers in the back. This is the moment where the “just run” advice comes in, jump off the car on a different side from where the zombies are and run past them to survive and get past them. So you can see you don’t have to kill all the zombies, simply avoid large groups of Walkers.

Let’s find out how well Sheriff Turner has kept order in Pemberton with all the Walkers in town.

Fontana with its barricades and security measures should be safer from these zombies… right? Avoid the herd and get to the police station to find Merle.

At 14 minutes Chapter 4 begins in the town of Oakview, as we travel to a secured camp.

In Cleburne we find a government research group housed in the town’s Memorial Hospital with military protection.

Next we travel to Lemon Hill where there are swarms of Walkers attracted by the Summer Festival’s fireworks show.