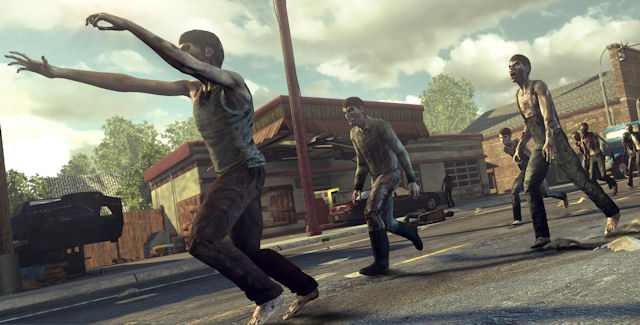 From the game’s Main Menu go to the Extras section to see all cheats you can enable by activating Relics in that menu screen.

Since you can only activate one Relic at a time, we recommend picking either the Unlimited Ammo or Silenced Weapons.

Note: Although unconfirmed, activating Relics does not seem to disable achievement/trophy unlocking.

Pre-order bonuses have been confirmed for the Xbox 360 and PS3 versions.

• Pre-orders at GAME (United Kingdom) or GameStop (Ireland) get the Walker Herd Survival Pack DLC, which includes these 2 DLC sets:

#1. The Herd Mode Challenge pack: This unlocks access to the all-new Herd Mode where you need to fight for survival against endless waves of walkers. You can’t afford to rest!

#2. The Walker Execution Pack: This unlocks new weapons to fight off walkers in the story mode. Use a new arsenal of melee weapons, including a survival knife, sawtoothed machete, kukri, reinforced hatchet, and advanced machete. With ammo scarce and the undead attracted to loud noises, a sharp, silent blade might just be your most trusted companion.
Note: A New Game must be started to access the extra weapons.

• Pre-orders at GameStop (America) get the Herd Mode Challenge DLC pack (the new mode pack), as well as a Walker Ear Keychain.

• Pre-orders at Amazon.com (America) get the Walker Execution Pack DLC (the weapons pack).

Take a look at what gets unlocked with this DLC:

Credit to Hylianslayer for the cheats.

Do you know of any The Walking Dead: Survival Instinct cheats or unlockables?
Let us know in the comments, you’ll get credit for finding out. – Thanks for visiting!