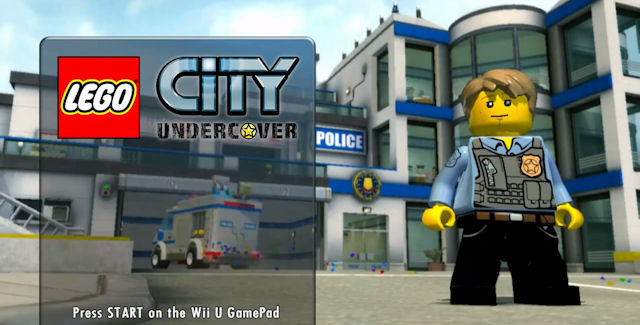 Below is a list of all cheats in Lego City Undercover.

In this Lego game you can enter cheat codes from the pause menu by selecting Extras and then Enter Code. Two more cheat entering methods are explained below this cheats list.

How To Unlock Special Missions & Vehicles

” 60007 set, that includes the Chase McCain minifigure, also comes with an exclusive game code to unlock cool vehicles and secret missions! Which we’ve included in the list above. 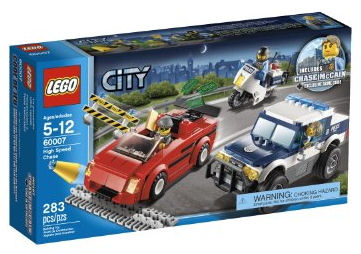 Official Description: “Use the unique code included with the set to unlock special missions and vehicles in the LEGO City Undercover video game!”
Take your Wii U adventure to another level with the High Speed Chase LEGO playset! With this set in your hands, Chase McCain can hop into his LEGO CITY Elite Police Car and call on his Elite Motorcycle buddy to help apprehend a robber in a sports car! The Police car comes with a special code on the number plate too: enter this code in-game and you’ll unlock two vehicles from the playset and two exclusive car chase missions in LEGO City Undercover!

How To Unlock The Playset Extras: With the code in hand, start Lego City: Undercover and either go to the big computer (that Honey calls compuper :lol:) at the Police Station from start of the game or to the small computer in front of the two police garages. The computer will ask you for cheat codes when you press the “A” button in front of it. Enter the 7-digit code (the part after the VR-) on the Wii U GamePad’s “Enter a code” field to unlock the DLC extras. If done successfully, the two garages next to the Police Station will open up to reveal the 2 cars from the playset. And the 2 new car chase missions will unlock once you get into the cars.

How To Activate The 2 Car Chase Missions:

• Car Chase Mission #1: If you get in the Police Truck, as Chase McCain (Police), you get a mission to “Stop that robber before he gets to his hideout!” with the robber in the red convertible. You’ll need to destroy the car before he gets somewhere to complete the mission.

• Car Chase Mission #2: If you get in the red convertible, as Chase McCain (Robber), you get a mission to “Get to the lock-up! Watch out for the police!” with a police motorcycle cop trying to chase you down and you have to escape to complete the mission.

Cheat Code Use: It’s a Wii U cheat everyone can use. You can find the code at the top of this page.
In case you’re wondering, the finished cheat code used in the video is: 3GCC7XR.
Make sure you’ve reached Chapter 5 of the story, as some people are reporting they can’t enter the 7-digit cheat anywhere in or around the Police Station until they’ve completed that chapter.

How To Unlock 3 New Characters

To unlock three more characters in Lego City Undercover, take the 7-minute survey at www.legosurvey.com/CITY and they will be given to you.

Note: These may be 3 of the characters we’ve listed above. But it’s possible there are multiple cheats given out through this survey, so do try away and please share in the comments if you found a new cheat code.

Credits: Thanks to Lego, Miiverse, DRay & Donna for the cheat codes & tips.

Do you know of any Lego City Undercover cheats or unlockables?
Let us know in the comments, you’ll get credit for finding out. – Thanks for visiting!