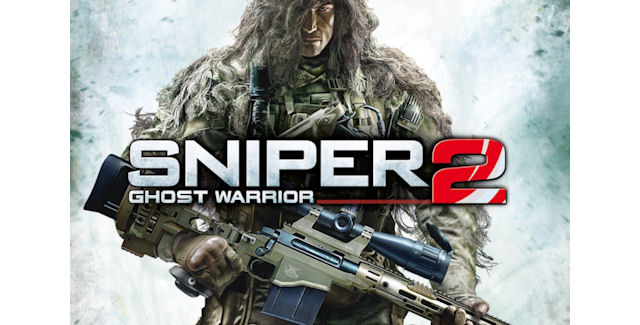 Our Sniper Ghost Warrior 2 walkthrough will guide you through the beginning to ending moments of gameplay with strategy tips for this FPS tactical shooter on the PC, Xbox 360 & PS3 and later Wii U & PS Vita.

Please note that viewers must be at least 18 to watch, so no harm comes to those with innocent eyes. This game includes Blood, Drug Reference, Intense Violence, Sexual Themes, Strong Language.

You are the hunter!

Sniper: Ghost Warrior 2 takes the bulls-eye precision of its 2 million plus best-selling predecessor to new and exciting heights. It is the only multi-platform FPS modern shooter exclusively designed around the sniper experience and built using the most advanced game engine in CryENGINE3.

The missions of Sniper: Ghost Warrior 2 are graphically stunning and provide more diverse sniper challenges. Feel the kill as you experience unprecedented levels of realism in weapons, ballistics and environmental factors.

Features include an in-game spotter, differing sniping tactics, customizable play options that include levels of ballistics, a knife for silent stealth kills, heat and night vision goggles, intelligence and sniping missions, a bullet cam, a visibility meter on the mini-map for keeping tabs on your enemies’ view of you, and competitive multiplayer support.

Diverse Gameplay:
• Sniper: Ghost Warrior 2 takes all the breathless anticipation, precise controls and skillful fun of sniping and mixes it with stealth and silent elimination play, action scenes, a cooperative move playbook.
• Night vision and thermal vision goggles to use in limited visibility situations.
• Multiple and varied locations including urban, jungle, mountain environments, in Indonesia, Bosnia, and Himalayas.
• An array of faithfully recreated weapons are at your disposal.

An Authentic, Modern Sniper Experience:
• Realistic ballistics take into account the player’s location, wind speed and direction, breathing rate and distance from the target.
• Snipers do not fight alone in the real world and nor do they in Sniper: Ghost Warrior 2. Working with your spotter is key.
• All environments are based on real-world locations.
• An array of faithfully recreated weapons are at your disposal.

More Skill, More Rewards:
• Silent kills allow for quiet enemy elimination.
• Bullet cam shows particularly successful hits. See what the transfer of kinetic energy – a bullet’s true stopping power – can do to the enemy from 1,000 yards or more!
• Motion Sense Trigger System is an innovative first in which the way the player touches the controller influences the on-screen shot. Like in real-world sniping, in-game shooting requires a steady squeeze so that when the round is fired, it actually surprises the shooter. Jerk the trigger and the round is thrown off, thus missing the target and alerting a highly motivated enemy to your presence.

The first mission in Act 1: Communication Breakdown is designated “Operation Quarterback” and takes place one week before the events that start the story.
Location: Coastal region of the Philippines.

Let’s get the Sniper: Ghost Warrior 2 walkthrough started! Doug will guide you with commentary.

Sniper: Ghost Warrior 2 comes complete with an array of military gadgets, making the gameplay much more fluid and realistic. The job of a modern sniper is not limited to getting into the position and taking the shot. It is also about reconnaissance, spotting enemies, and safeguarding your own position. With gameplay realism in mind, CI Games decided to give the main hero some new gear. Players will be able to use a variety of equipment, including:

• Thermal vision goggles
Snipers are not always able to spot their enemies, especially if they are located inside buildings or hidden behind various installations. With advanced thermal vision, players are able to spot the opponents and plan their moves.

• Binoculars
Long range, rough terrain, whatever the conditions, binoculars are an essential tool for the sniper through the entire game. The player cannot properly evaluate battlefield conditions without them.

Objective: Reach the over watch through the caves, and locate the captured friendly. This second mission takes place six days ago.

Objective: Follow the bio-agent and intercept the bio-weapon before it’s too late.

Memories are taking you back to April 14th, 1993 as part of “Operation Archangel”.
Location: Sarajevo, Bosnia.

Follow Maddox to a local hustler Merinov, who in turn will take you to the war criminal Vladic’s crime scenes to get his dirty work on film as proof for NATO.

Objective: Reach the building’s third floor to take the “pictures”.