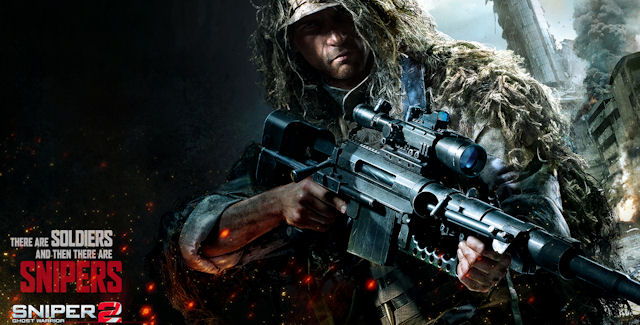 What follows is an overview the weapons and skins that the free pre-order bonus DLC packs unlock. You receive these download code contents with the various Sniper Ghost Warrior 2 Editions.

Limited Edition (America & Europe) contents:
• The in-game Vintorez sniper rifle – AKA the ‘Thread cutter’ – for use in multiplayer modes. The “Thread Cutter” has an integral sound suppressor which wraps around the barrel. Gas operated, selective fire weapon. The Longstroke gas piston is located above the barrel. The rotating bolt has 6 lugs and locks into the receiver, which is machined from solid steel for greater strength.
• Anderson Multiplayer Character – game protagonist, ex delta-force sniper wearing an exclusive ghilie suit – as a playable character in multiplayer modes.

Limited Edition (ShopTo exclusive) contents:
• AW-50 rifle – The AW-50 is intended to engage variety of targets including radar installations, light vehicles (including light armoured vehicles), field fortifications, boats and ammunition dumps. Simply said, nothing can quite say “boom headshot!” like this rifle – when it takes it clean off your enemy’s shoulders!
• British Special Forces Sniper Skin for Multiplayer Character.

Do you know of any Sniper Ghost Warrior 2 cheats or unlockables?
Let us know in the comments, you’ll get credit for finding out. – Thanks for visiting!