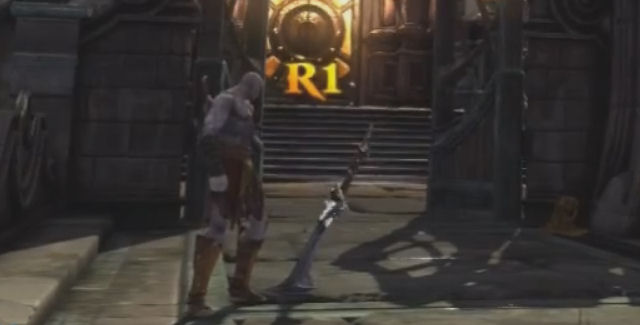 Finding all 5 World Weapon locations and pick them up will help unlock the following:
• Trophy: “Tools of the Trade” (Bronze Trophy) — Use All 5 World Weapons in Combat.
• Bonus: These weapons look cool as Kratos wields them in combat!

The Timeline for all these in-game World Weapons locations is listed below.

You can also get the World Weapons via Chapter Select.

Note: Each weapon can be picked up at multiple locations throughout the game.

Timeline in minutes for the World Weapons Locations Guide:

Chapter 1 – Prison of the Damned:
• World Weapon Location #1 – Sword – 0:05
Description: A multi-hit weapon that can stun enemies when discarded.

• World Weapon Location #4 – Sling – 1:10
Description: Releases an energy charge that attaches to an enemy and explodes.

There you go! All World Weapons in God of War Ascension are yours! 🙂

Please comment if you have any additional God of War Ascension World Weapons location tips of your own, we’ll give you credit for it. – Thanks for visiting!