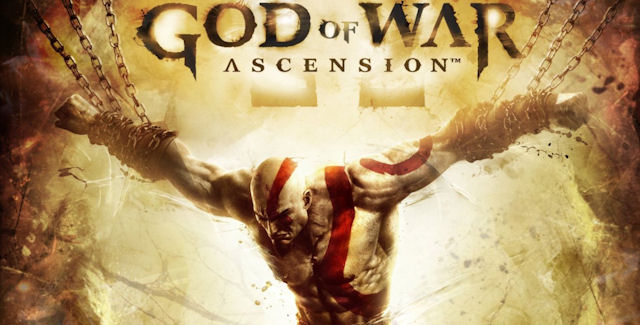 Our God of War Ascension walkthrough will guide you through the beginning to ending moments of gameplay with strategy tips for this hack and slash action-adventure game exclusively on the PS3.

God of War: Ascension is a Hack N’ Slash Action game and PlayStation 3 exclusive that serves as a prequel to the popular God of War video game series. The game is the seventh release in the series, and reveals the details of Kratos’ initial betrayal by Ares while human, and the source of his rage.

Let’s start the God of War Ascension walkthrough with a “new features” intro video by the creators!

Please note that viewers must be at least 18 to watch, so no harm comes to those with innocent eyes. This game includes Blood and Gore, Intense Violence, Nudity, Sexual Content.

Before He Was a God, He Was a Man:

Vengeance is born in the fires of betrayal in this prequel to the best-selling God of War franchise. Six months have passed since Kratos stood over the bodies of his wife and child, his hands stained with their blood – tricked by Ares into murdering the only people he ever loved. Swearing to avenge them, Kratos broke the blood oath that bound him to Ares, but oaths to Olympus are not so easily broken…

Sentenced to an eternity chained within a prison for the living damned, Kratos battles insanity at the hands of the Furies. He will be tested as he seeks freedom, redemption for his sins, and the clarity to avenge his family.

God of War: Ascension features a variety of new gameplay mechanics. In the single-player campaign these include a new prompt-free button input system, the ability to pickup and switch weapons, time manipulation, and new enemies to battle.

In addition, God of War: Ascension features franchise first multiplayer, supporting up to 8 players in online play in which players have access to different weapons, armor, powers and control mythological characters in certain scenarios.

Let’s get the God of War: Ascension walkthrough started! Doug will guide you with commentary.

Kratos must escape the Fury and wreak havoc on the Hecatonchires.

Kratos must fight a Cyclops in the Guard House, and kill the Hecatonchires Finger. Yeah, just his finger!

Kratos fights one of the faces of Hecatonchires, and one of his hands, in this boss fight.

Chapter 5: The Village of Kirra

In The Village of Kirra, Kratos fights a Juggernaut for the first time and gets the destructive power of Ares.

God of War Ascension Walkthrough continues on Page 2 with Chapter 6.